Bhupendra Patel will be sworn in as the Chief Minister of Gujarat on Dec. 12 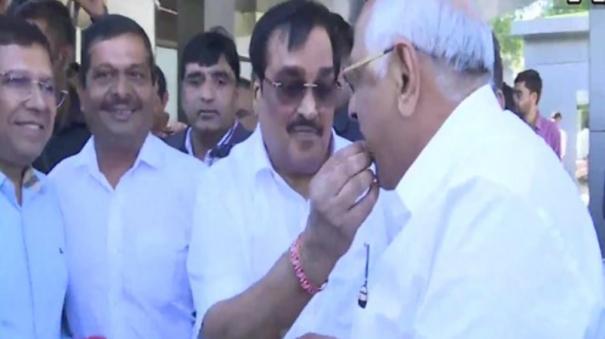 Ahmedabad: BJP has announced that Bhupendra Patel will take office as the Chief Minister of Gujarat on the 12th.

The BJP is on course to win more than 150 out of the total 182 seats in the Gujarat Assembly elections. The party has won 17 seats as of 2 pm, needing 92 seats for a majority; leading in 140 constituencies. With this, the party is in a position to win 157 constituencies. The party workers are celebrating this great victory of BJP with great enthusiasm.

Interview with Bhupendra Patel: After the election victory, Chief Minister Bhupendra Patel said to the media, “The people have decided that the development politics of Gujarat should continue. The decision is very clear. I humbly accept the decision given by the people. All the BJP workers have worked with dedication for this victory. I thank everyone.”