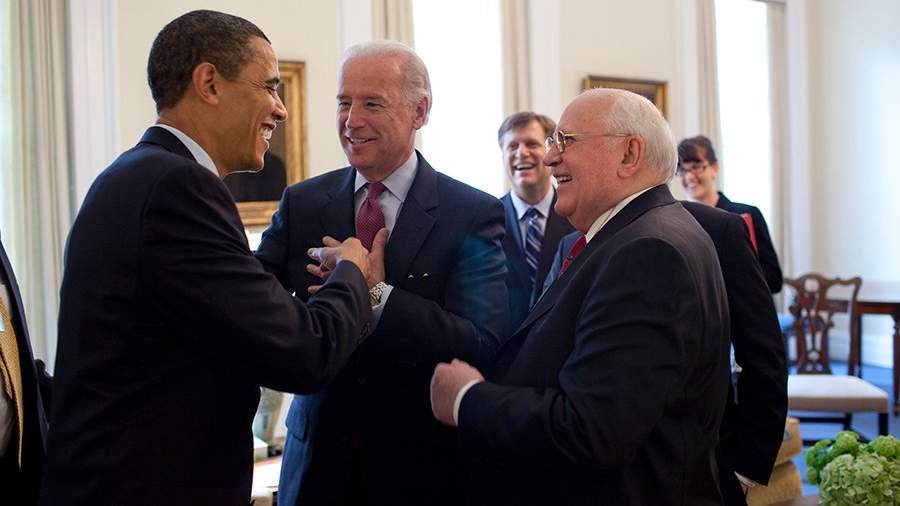 US President Joe Biden expressed his condolences on the death of the first President of the USSR Mikhail Gorbachev, calling him a man of outstanding views.

The American leader noted that he saw Gorbachev put an end to the Cold War. He pointed out that the first president of the Soviet Union promoted democratic reforms, and also believed that perestroika and glasnost were not just slogans.

Biden called Gorbachev an exceptional leader who had the courage to risk his career to achieve his goals.

The US President recalled how Gorbachev visited the White House in 2009. According to him, then they discussed the reduction of nuclear arsenals of the United States and Russia. Biden emphasized that he understood why many people around the world appreciate him so much.

“We express our deepest condolences to his family and friends, and to all the people who have benefited from his belief in a better world,” the American leader said in a statement.

UN Secretary General António Guterres, in turn, noted that Gorbachev did more than anyone for the peaceful end of the Cold War. According to him, the politician was the only statesman who could change the course of history.

According to the memoirs of former Italian Prime Minister Silvio Berlusconi, Gorbachev was a “champion of democracy” and a man who changed the history of the 20th century.

Late in the evening of August 30, the Central Clinical Hospital reported that Gorbachev had died at the age of 92 after a severe and prolonged illness.

A source from a close circle of the late politician said that he would be buried at the Novodevichy Cemetery in Moscow next to his wife.