Biden put the Americans in a dead end with one phrase 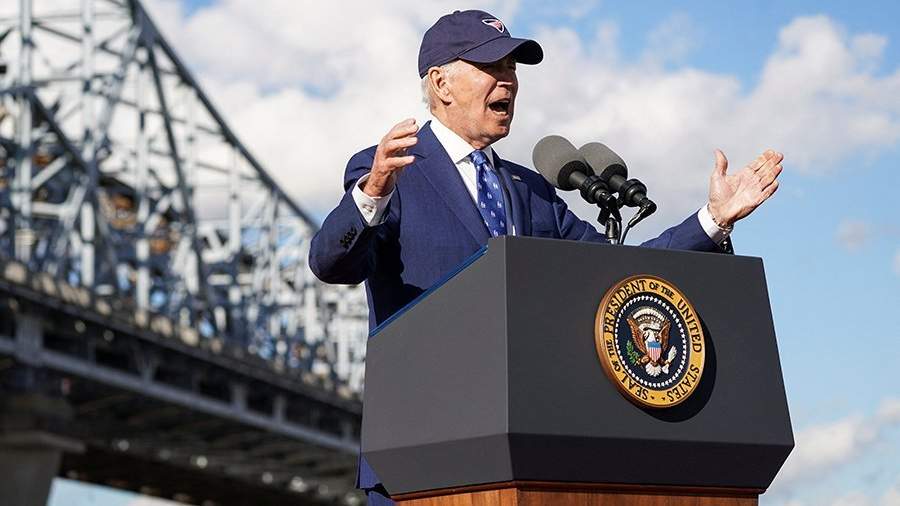 American President Joe Biden has confused US Twitter users with his statement about the future of the country. This was announced on January 4 by the Fox News channel.

“Our best days are ahead. And I say this from the bottom of my heart. I’ve been doing this for a long time guys. Our best days are ahead. They are not behind. I’ve been saying for a long time – that’s what I mean – I’ve never, never, never been as optimistic about America’s prospects as I am today. Never. Never. I have traveled to over 140 countries around the world. To paraphrase the phrase of my old neighbor: the rest of the world – the world – is not “a patch on our jeans.” If we do what we want and should do,” the US President said during a visit to Kentucky.

Many netizens have experienced difficulties with the perception of the words of the owner of the White House.

Abigail Marone, a spokeswoman for Republican Senator Josh Hawley, wrote that Biden’s words make sense if “your brain has turned to mush.”

“Biden looks well rested and refreshed from his vacation in the Virgin Islands,” Will O’Grady, a spokesman for Republican Senator Eric Schmidt, quipped.

In turn, Washington Examiner columnist Beckett Adams wondered how much toxic lead paint was in the area.

Earlier, on January 1, columnist Jordan Boyd, in an article for Federalist, noted that the American president is not in good physical and cognitive condition, which threatens the national security of the state.

On December 21, at a press conference following the visit of Ukrainian President Volodymyr Zelensky to Washington, Biden called him “Belensky”, and then confused the Ukrainian people with the Iranian people.

The 80-year-old Biden is the oldest president in US history, and his health regularly becomes a matter of discussion and concern among Americans. In addition, the politician repeatedly confused the names of countries and stumbled when boarding a plane.