Biden: Zelensky is deaf to our warnings about Russia 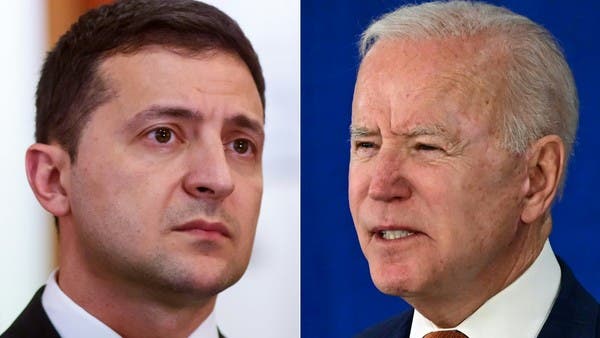 “He did not want to listen to our warnings….” With this phrase, US President Joe Biden directed a soft and mild criticism, so to speak, of Ukrainian President Volodymyr Zelensky, who, since the outbreak of the conflict with Russia, has not stopped appealing to the West, especially the United States, to provide him with weapons.

Biden confirmed during a reception in Los Angeles to raise funds for the Democratic Party, Friday evening, that his Ukrainian counterpart “did not want to hear American warnings before Russia invaded his country,” as he put it.

“People thought I was exaggerating.”

“A lot of people thought I was exaggerating when he talked about a Russian attack on Ukraine before it started,” he said, according to AFP.

He also added in front of a number of journalists that his country had information in this direction. “Putin was on his way to cross the border, there was no doubt but Zelensky did not want to hear that,” he added.

The United States had begun warning of Russia’s preparations to enter the territory of its western neighbor several months before the Russian president announced on February 24 the launch of what he described as a special operation to liberate the residents of the Donbass region.

However, these US warnings were met with skepticism and provoked somewhat veiled criticism from some European allies.

Biden’s statements today come at a time when Ukraine is witnessing violent battles in the east, as Russian forces are trying to control the last Ukrainian strongholds in Luhansk, in order to impose their grip on Donbass, and open a wide land corridor between the east and the Crimea in the south, and amid fears among some officials in Kyiv that The West is getting tired of supporting the country if the fighting continues for more months, a possibility that many observers anticipate.