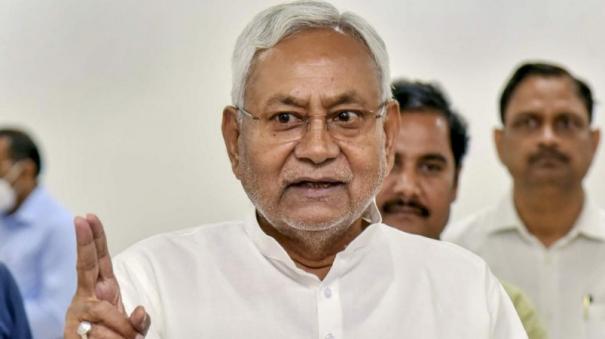 Patna: Caste wise census in Bihar started today (Jan.7). Chief Minister Nitish Kumar, who inaugurated the survey, said that people from all walks of life would benefit from this survey.

Caste wise census in Bihar started today. It was inaugurated by Chief Minister Nitish Kumar in the capital Patna. Speaking at that time, he said, “Everyone will get benefits through caste survey. This will enable the government to work towards helping the most disadvantaged. Once the survey is completed, the information will be sent to the central government. The details of how many people belong to each religion and each caste will be collected through this. Appropriate training has been given to the officers engaged in this work.

It is reported that the second phase of survey will be held in April. At that time, the details of people’s caste, sub-caste, religion and economic status are to be collected. To carry out these works, the State Government will spend Rs. 500 crore has been earmarked. The work is scheduled to be completed by the end of May.

Patna District Collector Chandrasekhar Singh said that a mobile application has been developed for this survey work, and various questions are included in it and those questions will be asked and the details will be collected in digital form. He said that school teachers, Anganwadi workers, 100-day program workers have been involved in this survey.

The population census taken by the central government every 10 years collects information about the religion of the population and the Scheduled Caste population. Details of other castes are not collected. In this case, it is noteworthy that for the first time in Bihar, the work of caste-wise census has been started.