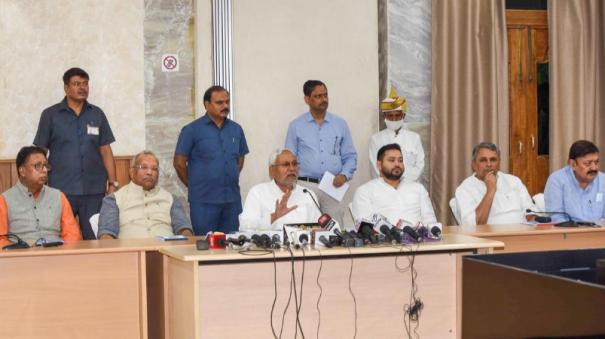 Patna: The state government has set aside Rs 500 crore to conduct a caste-wise census in Bihar. The government plans to complete the work by February 2023.

At an all-party meeting in the state on Wednesday, all parties unanimously decided to conduct a caste-based census. Proper training will be given to those who are involved in this work. The state legislature twice passed a resolution calling for a caste-wise census.

A request was made to the Central Government on behalf of the State in this regard. But it was rejected by the federal government. At the same time the state government had said that they could conduct the census caste wise on their own initiative.

The state cabinet has set aside Rs 500 crore for this purpose within 24 hours of the all-party meeting. This has been confirmed by the Chief Secretary of the state.