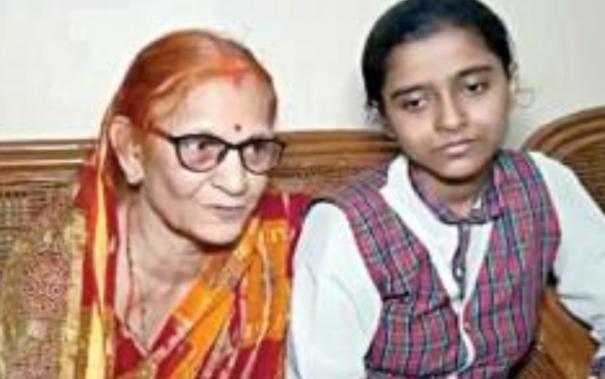 Patna: A Bihar girl abandoned by her father has passed her 10th class with 99.4 percent marks.

Sreeja is a girl from Patna, Bihar. His mother died a few months ago. After that, his father left Sreeja at his wife’s mother’s house. Sreeja, who was upset because her mother died and left her father, was picked up by her grandmother and sent to school. Sreeja had written the class 10 exam a few months ago.

In this case, the 10th class exam results were released recently. Sreeja passed with 99.4% marks. This matter BJP M.P. It was taken to see Varun Gandhi. Subsequently, he posted Sreeja’s achievement on his social media page. The news has gone viral on social media.

Srija’s grandmother says, “When my daughter died, my father left my granddaughter Srija at my house. He never came here after that. I heard that he got married again. Now he would have seen my granddaughter’s 10th result. He will definitely regret leaving his daughter behind.”

Sreeja, who won the exam with a record, became M.P. Varun Gandhi congratulated.