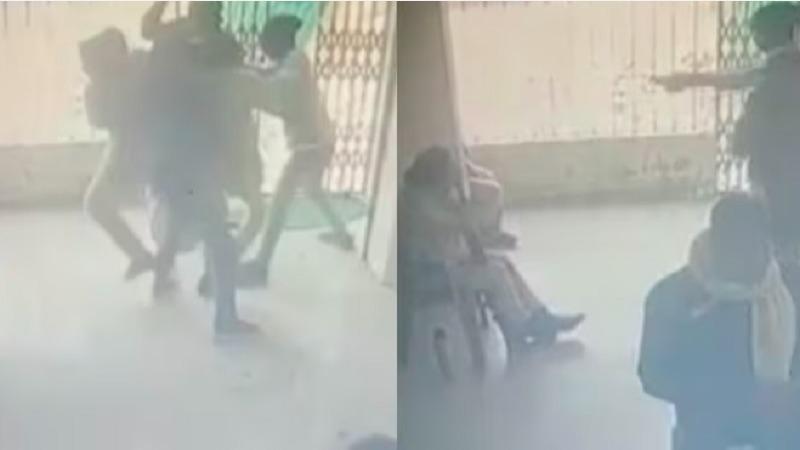 Lucknow: The incident of two women policemen bravely chasing away bank robbers in Bihar is going viral on the internet. The incident took place in Hajipur district of Bihar.

Two women guards were on security duty at the gate of a bank in Senthwari Chowk area of ​​Haripur district. Then some robbers came there. The lady guard who stops them asks them to show any document to enter. Then the man takes out the handgun he had hidden and holds it out. Unperturbed, the two female guards, realizing the situation, engage in a fight with the men.

Two female guards, Juhi Kumari and Shanthi, fight bravely. The masked people fight for a while and then run away. Constable Juhi Kumari was injured in the fight with them.

Regarding this, he said, “Those three men were suspicious. That’s why I asked them to show me any documents as evidence to enter the bank. That’s when the man threatened me with a gun. They also tried to take the gun from my hand. In the fight, my tooth was broken. My hand was injured. However, we both fought.” said.

Shanti, another policeman who was with us, said, “They tried to take away our gun. But we did not give it to them. We were determined not to let them rob the bank no matter what.”

The people who were there informed the police about this scuffle and immediately the police came there. The police have registered a case and are investigating the incident. According to the police, they are looking for the persons based on the CCTV footage.

Commenting on the incident, Senior Superintendent of Police Om Prakash said, “Mysterious persons came to rob the bank in Senthwari yesterday at 11 am. They were bravely chased away by the two women security guards. We appreciate their work. They will be rewarded.”

A video of female policemen bravely confronting robbers has gone viral on the internet. Netizens are showering praises and congratulations on the two female cops.