Bilbao and Real Madrid.. Elimination matches tend to the Basques in the oldest Clasico 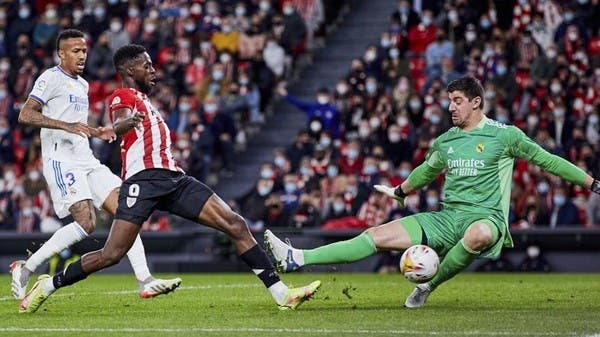 Bilbao is more than 400 kilometers away from the Spanish capital, Madrid, and 4 years from the date of the founding of the two largest clubs in the two cities, and a single win difference in the total of the elimination matches between them.

The confrontation with Bilbao in Madrid is the oldest “Clásico” in Spanish football, as the conflict between them was at its most intense at the beginning of the last century before Barcelona emerged as a third force, and since April 8, 1903, which is the date of the first final of the King’s Cup, which was held between the two teams and ended with the victory of Athletic Bilbao 3- 2, No season was free of the two teams’ confrontations, with the exception of those during which the sport was stopped due to the Spanish Civil War.

The two teams have faced 201 times in all competitions in their history, and although Real Madrid has the largest number of wins in total, winning 103 matches, losing 60 matches and drawing 38 matches, the elimination matches tend to the Basque team with nine victories compared to 8 for “Merengue”.

The two teams share the winning balance in the King’s Cup playoffs, with eight each, while Athletic Bilbao won the only confrontation with Real Madrid in the Super Cup 2-1, which was in the semi-finals of the last edition, and later crowned Bilbao.

The capital team defeated Marcelino’s battalion twice this season, back and forth in the league, 1-0 and 2-1, and Benzema was the only player from Real Madrid who scored against Bilbao this season, as he scored the three goals.

Real Madrid misses Gareth Bale with injury and Danny Carvajal due to “Corona”, while Bilbao enters the meeting with full ranks.