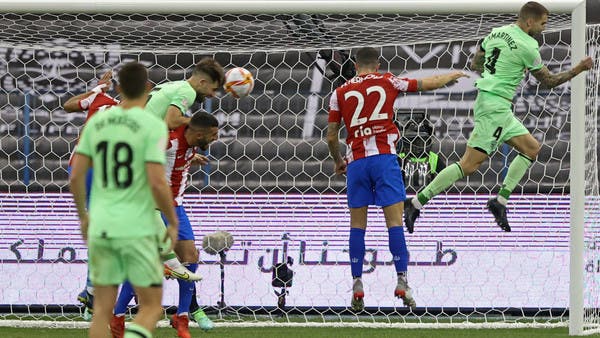 Athletic Bilbao came from behind against Atletico Madrid with a goal to win 1-2, on Thursday, in the semi-finals of the Spanish Super Cup, which will be hosted by the Saudi capital, Riyadh.

Bilbao hit a date with Real Madrid in the final match, which will be held next Sunday, where the latter qualified for the final after his exciting victory over his arch-rivals Barcelona 3-2, Wednesday, in the semi-finals.

Atletico Madrid advanced with a goal scored by Bilbao goalkeeper Unai Simon in the 62nd minute, but Jari Alvarez scored the equalizer for Bilbao in the 77th minute.

In the 81st minute, Nicholas Williams added the second goal for Bilbao.