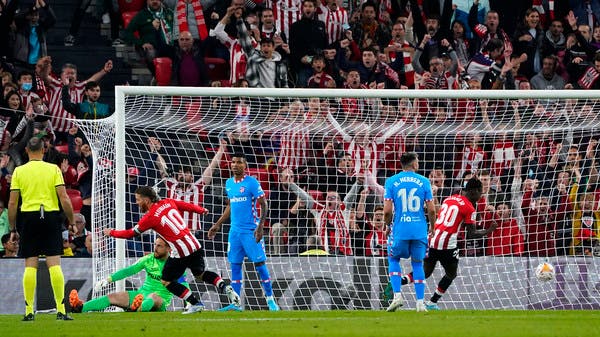 Atletico Madrid’s hopes of ending the La Liga season in runners-up and securing a place in the Spanish Super Cup in Saudi Arabia were dealt a blow after losing 2-0 to Athletic Bilbao on Saturday.

Atletico remain in fourth place, three points behind second-placed Sevilla, who drew 1-1 at home with relegation-threatened Cadiz on Friday, and Barcelona third in the standings with a game against lowly Mallorca on Sunday.

Diego Simeone’s team is not only worried about its place in the Super Cup, as it is only four points clear of fifth-placed Real Betis, who have a game against Getafe on Monday. Only the top four teams qualify for the Champions League.

On a day that saw Real Madrid crowned the title after their 4-0 victory over its guest Espanyol, Bilbao dominated the meeting against the lackluster Atletico. Bilbao, eighth in the table with 51 points, took the lead in the eighth minute when defender Mario Ermoso turned the ball into his own net after Inaki Williams’ cross.

Atlético, whose star striker Joao Felix is ​​absent until the end of the season due to a leg injury, was constantly threatened by Williams and Munayen and goalkeeper Jan Oblak intervened to save a dangerous opportunity while the post prevented another opportunity. However, the deserved second goal came from a penalty kick in the 56th minute, executed by Williams, after Muniain was fouled by Mexican midfielder Hector Herrera. Williams hit the kick in a Panenka way in the middle of Oblak’s goal.