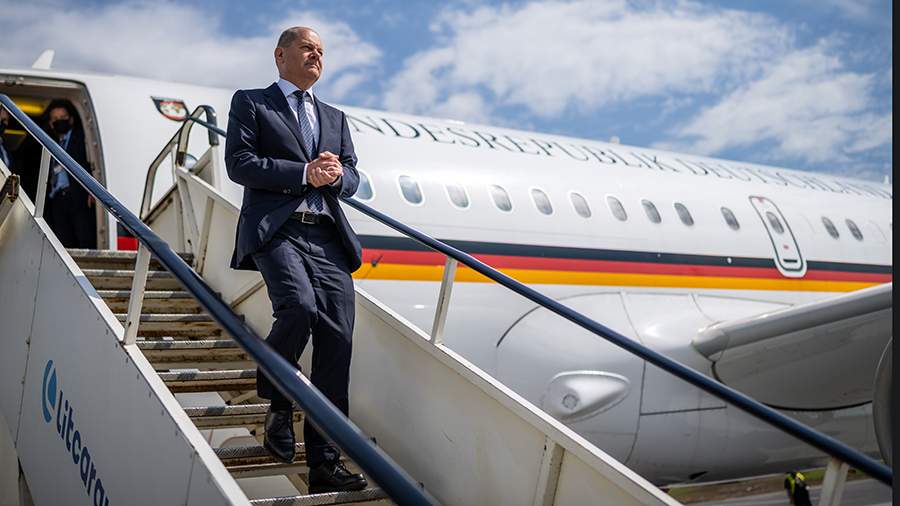 German tabloid readers Bild criticized German Chancellor Olaf Scholz after the news of his plans to visit Kyiv. The publication on June 11, citing sources, reported that Scholz intends to visit the Ukrainian capital together with French President Emmanuel Macron and Italian Prime Minister Mario Draghi before the G7 summit in late June.

Thus, a number of users recalled the inappropriate behavior of the Ambassador of Ukraine Andriy Melnyk and his offensive remarks against German politicians.

“He should have said: “I will not go to those who publicly humiliate the federal president (even if I don’t like him), despite billions in aid in recent years (even before the conflict),” one commentator expressed the opinion.

According to another user, by visiting Kyiv, Scholz will finally forgive all the shame, insults, humiliation and insolence inflicted on Germany by the Ukrainian government.

“As a thank you, there is a bold check with the prospect of further payments,” he added.

A user with the nickname BlauerMerkelist wrote that it would probably be better for Scholz to go to Russian President Vladimir Putin.

“Or does someone seriously believe that a pilgrimage to the “political elite” of Ukraine, obedient to the United States, doting on the SS Bandera and cultivating ties with the mafia, sorry, oligarchy, will put an end to the war?” he asked.

Earlier, on May 3, Scholz announced his refusal to travel to Ukraine after the Ukrainian authorities refused to invite German President Frank-Walter Steinmeier to visit. At the same time, he was insulted by the Ambassador of Ukraine to Germany, Melnyk, who called Scholz “an offended liverwurst.” He subsequently refused to apologize for his words.

Moscow launched a special operation to protect the Donetsk and Luhansk People’s Republics (DPR and LPR) on February 24. It was preceded by an aggravation of the situation in the region, an appeal by the leadership of the Donbass republics to the Russian Federation with a request for help, and the subsequent recognition by Russia of the independence of the DPR and LPR.