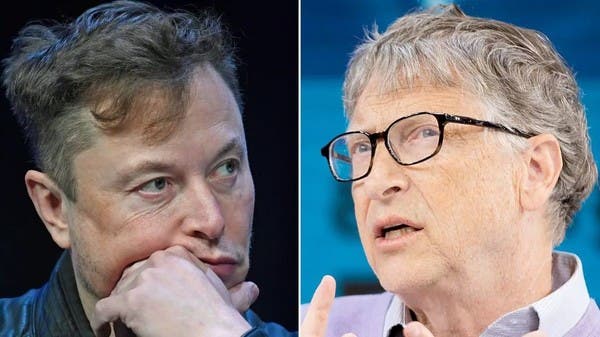 In an interview with French YouTube creator HugoDécrypte, Gates defended his record of climate change philanthropy and questioned the usefulness of electric cars.

“I give more to climate change than Elon or anyone else,” Gates said. “And I donated a lot of dollars to this goal,” Gates added: “Electric cars represent about 16% of the solution to the emissions problem, so we also need to solve the other 84%,” according to “Insider” and seen by “Al Arabiya.net.”

He added: “But selling shares short does not disgrace the perpetrator or reduce his efforts in any way.”

In response to an excerpt from the interview on Twitter in which Gates defended his position, Tesla CEO Elon Musk wrote simply: “Sigh.”

Musk said he rejected a charitable donation from Gates because Tesla CEO heard that Gates had a “short” $500 million bet against the company, which Musk said meant Gates wasn’t serious about climate change.

The net worth of Gates and Musk has fallen by billions this year as stock markets have crashed on fears of rising inflation, interest rates and the possibility of a recession.

In the interview, Gates also said that he did not join Musk, Amazon founder Jeff Bezos and Virgin Group founder Richard Branson’s “Space Race” because he was more interested in treating diseases such as measles and malaria.