Bin Darwish: We wish the Football Association to activate the role of female cheerleaders 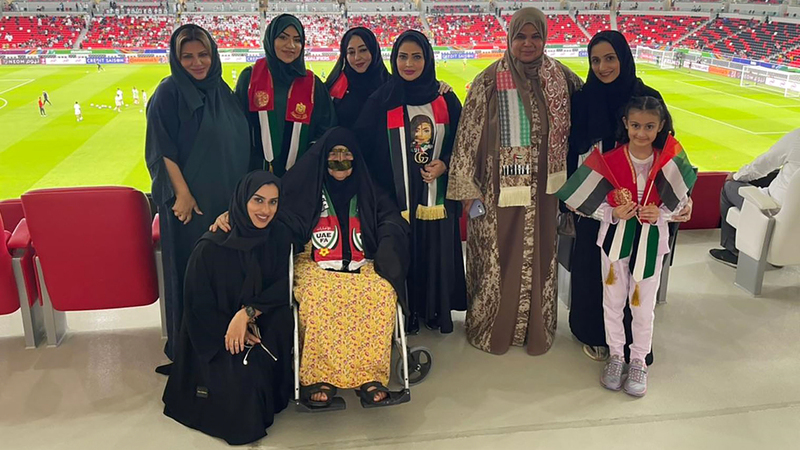 About 25 Emirati women, including a cheerleader for the national team “Umm Ali”, were keen to be present in the stands of Ahmed Bin Ali Stadium in Doha to support the UAE national team during the confrontation that brought it together with Australia yesterday within the Asian supplement qualifying for the 2022 World Cup, while the head of the Women’s Activity Department at the Club confirmed Al-Nasr and the former official of the female fans in the Football Association, Nisreen bin Darwish, said that she and a number of women, estimated at about 25, were keen to travel to Doha and attend the match stadium, in addition to the presence of large numbers of Emirati fans, based on everyone’s sense of great responsibility and the need to support the team in Such big and important football occasions.

Nisreen bin Darwish told “Emirates Today”: “The presence of this large number of female fans of the UAE national team indicates their keenness to be behind their country’s team and to emphasize the importance of this historic event for all Emiratis.”

Bin Darwish indicated that she hopes that the Football Association will activate the role of female fans in football, pointing out that in the past, special seats were allocated for female fans in the stands.

For his part, a member of the National Team Supporters Association and head of the Baniyas Club fans, Hariz Al Menhali, confirmed to “Emirates Today” that large numbers of the Emirati public were keen to be behind the team in Doha, based on their sense of the importance of the presence of the Emirati public in this match to support the team and spread the spirit of enthusiasm in Among the players, pointing out that he traveled to Doha at his own expense to support and support the team.

An Emirati woman, including a cheerleader for the national team “Umm Ali”, was keen to be in the stands.