Bin Habib: The national team is outside the winning and losing accounts in the “Dubai Basket” 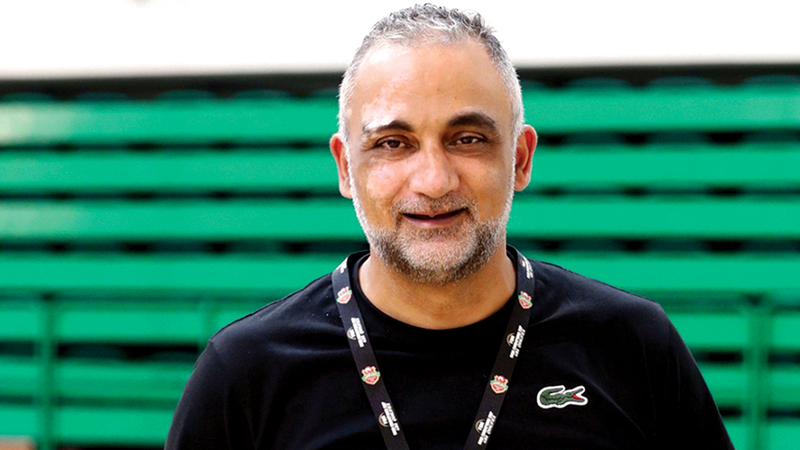 The coach of the national basketball team, Dr. Mounir bin Al-Habib, confirmed that Al-Abyad is playing his matches in the Dubai International Championship away from the pressures of results and calculations of winning and losing, and that the tournament held in its 32nd edition at Al-Nasr Club hall during the period from January 27 to February 5. It represents an important station among the four stations set by the technical staff to successfully complete the “White” Asian qualifiers on February 20 of this year in Doha.

Bin Al-Habib told Emirates Today: “The national team’s technical staff focuses more during its matches in the Dubai International Championship, on benefiting from strong friction experiences, especially with teams whose style of play is similar to that faced by Al-Abyad in the second window of the Asian qualifiers held during The period from the 20th to the 22nd of February.

He explained: «Since the 14th of this month, the team entered a period of evening training, before it organized the day before yesterday, in a closed indoor camp in Dubai in preparation for participating in the Dubai Championship, provided that it continues to gather in the camp during the days of the tournament with the aim of reaching the highest levels of harmony between the players. And our goals focus in (Dubai International) on achieving the highest possible benefits of friction with teams the size of (Strong Group) the Philippines, the Syrian unit, the Lebanese Dynamo, and the Libyan victory, which is similar to the majority of its playing style and its fast style on the field that we will meet in the second window One of the Asian qualifiers in Qatar, which brought us together with the teams of Kuwait, Iraq and Palestine.

He added: «The team enters the Dubai International Championship lacking three basic elements, namely: Rashid Nasser, Jassim Muhammad and Muhammad Abdul Latif, and we must focus during the matches on giving these players limited playing minutes as part of the plan to complete their qualification for the Asian qualifiers, in addition to granting the new elements in the team’s list, who are Muhammad Abdul Rahman. From Al-Bataeh Club, Faisal Muhammad from Al-Nasr, and Khaled Khalifa from Al-Wasl, obtaining the required friction opportunities and gaining self-confidence in strong matches.

Bin Al-Habib referred to the details of the plan to prepare the team until the date of entering the second window of the Asian qualifiers, and said: «The technical staff of the team set the date of the third of February for the end of the camp in Dubai, that is, two days before the conclusion of the Dubai International Championship, provided that Al-Abyad goes on the fourth of the month. Next, in an external camp until the 11th of the same month, followed by two days later (February 13) by traveling to the Qatari capital at the invitation of the Qatar Basketball Association to participate in the (Doha International) tournament, during which the national team will play its first match against Al Annabi on February 14, then on February 17. With the Saudi green meeting.

He concluded: “The national team continues its preparation in Qatar until the date of entering the second window of the qualifiers on February 20, which Al-Abyad begins with the meeting with the Kuwaiti national team, followed by the meetings with Iraq and Palestine, and our ambitions are great to continue what we have achieved in the first window, and to qualify among the first four teams to the third and final window of the tournament.” The continental qualifiers scheduled for next November, especially since Al-Abyad enters the second window and shares the three-point balance with his Iraqi brother, and is behind by a point difference from each of the leading teams of Palestine and Qatar with four points each, and Al-Abyad is superior by a point difference from each of the participants Kuwait and Oman The balance of two points and the last place.