Bin Meshar: The continuation of the Al Qaffal marine race reflects the interest of our wise leadership in the folklore 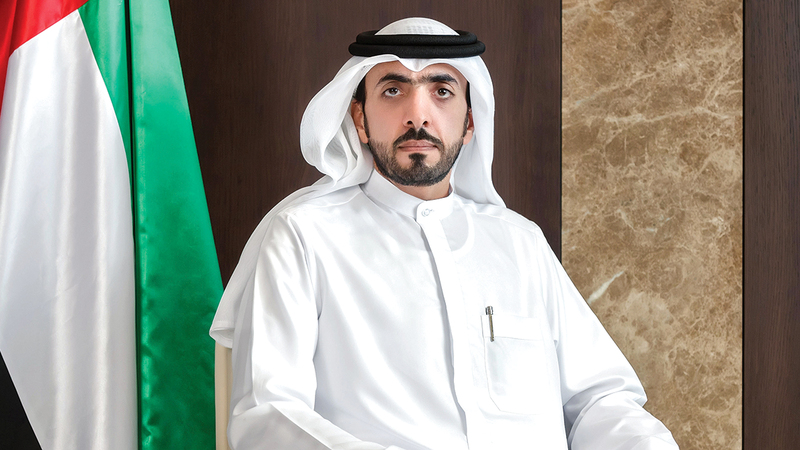 Ahmed bin Meshar, Chairman of the Board of Directors of the Dubai International Marine Club and Vice President of the Emirates Marine Sports Federation, thanked His Highness Sheikh Hamdan bin Mohammed bin Rashid Al Maktoum, Crown Prince of Dubai and Chairman of the Executive Council, for his unlimited support and sponsorship of the 31st edition of Al Gaffal Race For long distances from Sir Bu Nair Island to the shores of Dubai, designated for 60-foot local sailing ships.

Bin Meshar stressed that the continuation of this event and the traditional maritime folk carnival reflects the interest and keenness of our wise leadership to revive the past of our fathers and grandfathers, preserve the folk heritage by motivating successive generations to participate in such demonstrations, and renew the beautiful scenes of the past and the lives of our people at that time in search of abundant livelihood in the best images. The bright present that reflects the development of the people of the Emirates.

Bin Meshar said that the meeting of His Highness Sheikh Hamdan bin Mohammed bin Rashid Al Maktoum with the club’s delegation and the Supreme Organizing Committee of the race revealed the extent of His Highness’s love and interest in marine sports in general and heritage races in particular, as His Highness directed that all obstacles be overcome for the participants, facilitate their mission, and continue The success that the (generations) race drew for three decades, stressing that the continuation of the race from year to year revealed the extent of its overwhelming popularity and love among all segments of society in the country.

Bin Meshar explained that the directives of His Highness, the Crown Prince of Dubai, will remain the focus of the Supreme Organizing Committee of the event in its 31st edition, which will be held during the period from 27-29 January, as we began the tasks as soon as the date of the race was announced for the success of the race, which represents the most expensive (sea) championships. Our activities in the marine sports season 2021-2022.

The Al Qaffal event, which enjoys the patronage and support of His Highness Sheikh Hamdan bin Mohammed bin Rashid Al Maktoum, Crown Prince of Dubai and Chairman of the Executive Council, in its 31st edition, is the oldest, oldest and largest heritage race in the Gulf and the Arab region, for three decades since its inception in 1991 as a message from the wise leadership to Successive generations, in order to revive the past of parents and grandparents whose lives were linked to the sea, the source of abundant livelihood and goodness.