Bin Mubarak: Yemen has become a hostage used by Iran in the nuclear negotiations 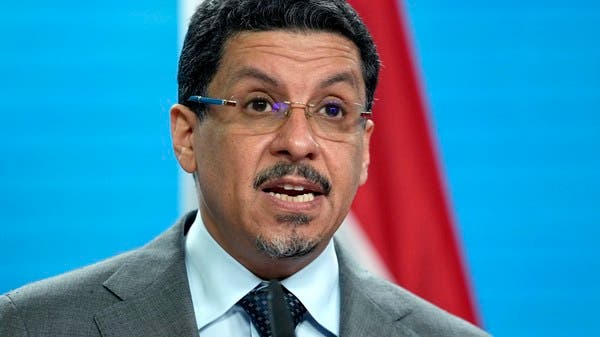 Yemeni Foreign Minister Ahmed bin Mubarak said that the entire Yemeni file has become a hostage to Iran, which is using it in its ongoing negotiations with Western powers over the nuclear file.

From the Vienna talks on the Iranian nuclear file

Bin Mubarak added in an interview with “Al-Hadath” channel today, “What Yemen suffers from most is Iranian interference, which is the main reason for complicating the problem in Yemen,” noting that “Iran has an expansionist agenda.”

He explained that the Lebanese Hezbollah supports the Houthis in more than one way, “whether through training or through satellite channels that incite violence and hatred.”

The Yemeni Foreign Minister also stressed that “the truce is fragile, with many Houthi violations,” pointing to the continued siege of the city of Taiz with mines and Houthi snipers.

Regarding the siege of Taiz, the Yemeni foreign minister said that the Houthis’ proposals to open roads “were just secondary roads,” noting that “there are military targets for the militia in the city.”

Bin Mubarak continued: “For the Houthis, Taiz is a military area only. The Houthi militia does not care about the humanitarian aspect.”

The besieged city of Taiz