Bizarre: in this neighboring country you can watch TV while driving 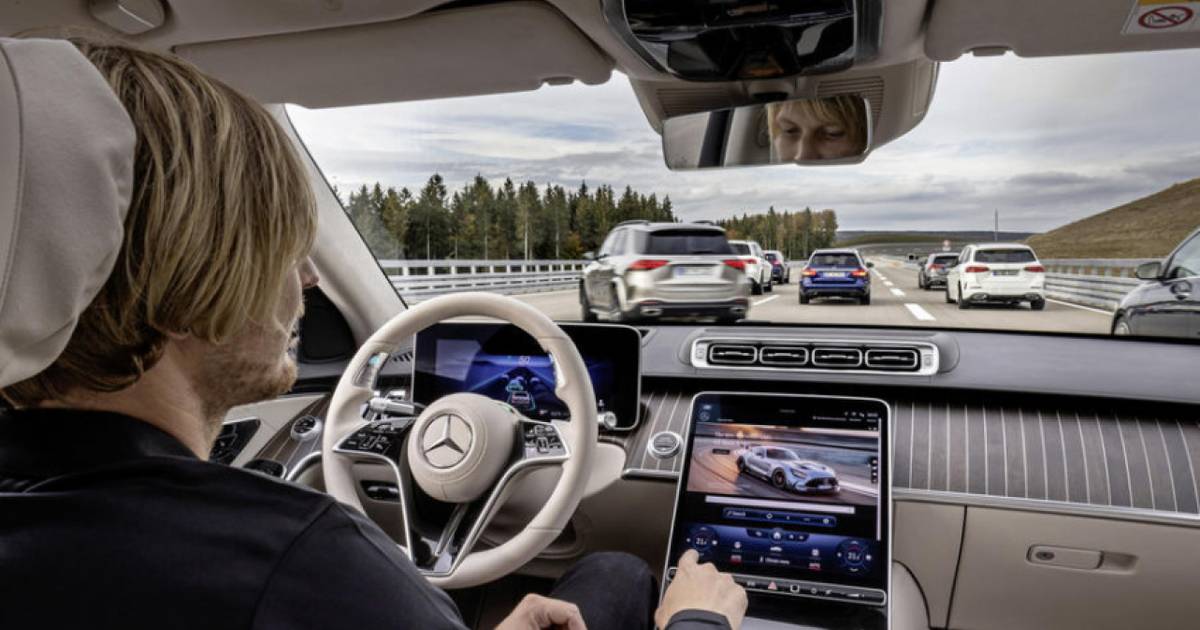 In Britain, watching television behind the wheel will soon be allowed. Not only as a co-driver, but also as a driver. Surprisingly, non-hands-free calling is still prohibited.

There is, however, a condition, because the new law only applies to cars that can drive autonomously at level three. The British authorities have changed the road code to this end, so that owners of these cars can already enjoy a movie, a series on Netflix or a football match this summer.

These autonomous driving functions are currently only available in Europe in the new Mercedes S-Class and the electric EQS, but many car manufacturers are working to implement this technology. Using the smartphone remains taboo. If danger threatens, the car’s screen must be able to go black to warn the driver. You can’t do that with phones.

Level three means that cars on the highway control things like speed, steering and braking themselves. However, drivers must be able to react ‘quickly and correctly’. According to the British government, this only happens in special situations, which would allow drivers to take their eyes off the road.

In Europe, autonomous driving will also be allowed in a number of countries after the summer, but then at a maximum speed of 60 kilometers per hour. This means that you can only watch your favorite program in a traffic jam. That may also be better, certainly in the context of road safety efforts and the European ambition of zero road deaths by 2050.