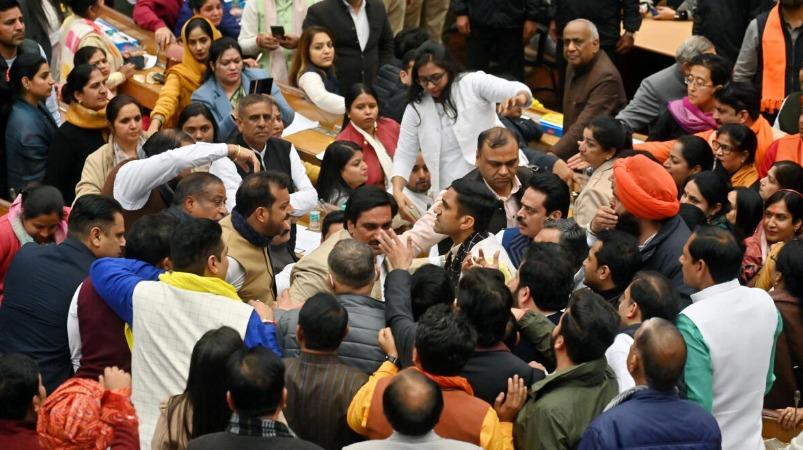 New Delhi: Elections were held last December for a total of 250 seats in the Delhi Corporation. The votes were counted and the results announced on December 7. In this, AAP won 134, BJP 104, Congress 9 and independents 3.

Subsequently, a new council meeting was held on January 6 for the swearing in of councilors and the election of mayor and deputy mayor. The meeting was adjourned due to the commotion.

In this case, the meeting of the Delhi Municipal Corporation met again yesterday morning. BJP member Satya Sharma, who was appointed by the Delhi Lt. Governor as the interim chairman of the House, first invited the nominated members to take oath. Aam Aadmi members protested against this. The nominees were sworn in amid their protests. The elected members were then sworn in. Subsequently, the BJP members went to the center of the House and chanted in support of Prime Minister Modi and against Delhi Chief Minister Arvind Kejriwal. This led to a heated argument between BJP and Aam Aadmi Party members. Due to the continued chaos in the House, the meeting of the Delhi Cabinet was adjourned again without specifying a new date.