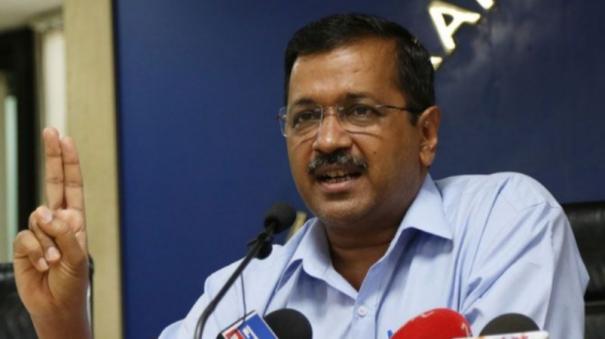 BJP to take up Kashmir issue Delhi Chief Minister Arvind Kejriwal has spoken out against the Aam Aadmi Party’s’ aggression at a rally in Delhi yesterday.

In Kashmir, militants are targeting and killing some of the Pandit staff, foreign workers and the police who are working against them. In the last one week alone, eight people have been killed in terrorist attacks.

The Kashmiri Pandits have been waging a struggle, claiming that they will leave Kashmir altogether. About 80 per cent of them have left Kashmir and gone to Jammu.

The Aam Aadmi Party (AAP), which has blamed the BJP-led central government for the attack, held a ‘mass aggression rally’ in the Jantar Mantar area of ​​Delhi yesterday to condemn the killing of a section of militants in Kashmir.

Speaking at the meeting, Arvind Kejriwal said: “Kashmir pundits have been forced to flee Kashmir because of militant attacks on them.” The central government should come up with an action plan to prevent such incidents

Pakistan has been supporting terrorist activities in Kashmir. Pakistan must stop such vile strategies. Kashmir will always be a part of India.

As has happened in the 1990s, Kashmiri Pandits have been forced to evacuate their homes. The BJP cannot handle the Kashmir issue. The BJP only knows how to do bad politics. Please do not politicize the Kashmir issue. The Central Government should repeal the condition that Kashmiri Pandits cannot work outside Kashmir. Accept the request of the Pandits and give them protection.

MP In Sanjay Singh’s speech, when the government led by Prime Minister Narendra Modi was in power with an absolute majority, Kashmir Pandits were forced to leave Kashmir. The situation is similar to that of the 1990s. Adequate security should be provided to the Kashmir Pandits and their demands should be accepted.

Before the meeting began, Delhi Deputy Chief Minister Manish Sisodia tweeted, “This will be considered the worst period in the history of Kashmir. The BJP government has utterly failed to stop the killing of Kashmir Pandits. The situation in Kashmir is tense, ”he said.