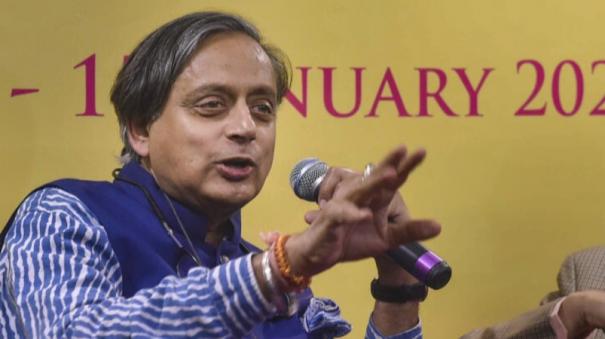 Kozhikode: “BJP won’t be able to regain the victory it won in the last 2019 parliamentary elections in 2024. The party will lose 50 seats in the parliament,” said Thiruvananthapuram MP and one of the senior Congress leaders Sasitharur.

Thiruvananthapuram MP on Friday at the literary festival in Kerala. Sasitharur attended. Speaking then, he said, “I accept that BJP’s dominance has increased. At the same time, they have lost victory in many states.

If we look at their (BJP) performance in 2019, they won all seats in Haryana, Gujarat, Rajasthan, all but one seat in Bihar, Madhya Pradesh, Maharashtra and 18 seats in Bengal. But now they cannot repeat the same victory. There is a possibility that BJP will lose majority in 2024.

Pulwama attack in 2019 and Balakot attacks created a huge wave at the last minute. But such a thing will never happen again. BJP may lose 50 seats and opposition parties may benefit.

Perhaps if BJP wins 250 seats and others win 290 seats, we don’t know whether those 290 people will agree to be united, or whether BJP will form the government again at the center by taking 20 from there and 10 from here among the parties that want to participate in the government at the center.

At the same time as reaching out to the Congress party on succession politics, it should also look around the country. After Mulayam Singh his son, Lalu Prasad Yadav after his son, Karunanidhi after his son, Paul Thackeray after his son are all leaders. Sasitharur spoke thus.

Considered to be one of the largest literary gatherings in Asia, the “Kerala Literary Festival” is a festival attended by Nobel Laureates, Booker Prize-winning writers, senior politicians, historians, film personalities, government officials and artists.