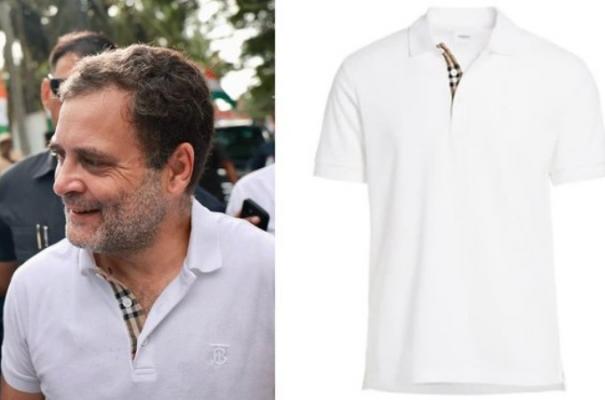 Chennai: Indian The BJP has criticized the price of the t-shirt worn by the former president of the Congress party, Rahul Gandhi, who is on a solidarity journey. Let’s see the reaction of the Congress and the netizens.

A post was shared on BJP’s official social media pages. In it, the image of Congress MP Rahul Gandhi, who is hiking in Tamil Nadu, is shown on the left. He is wearing a white t-shirt. This is a picture taken during his unity trip. The price of the same t-shirt he is wearing has been shared by BJP on the right side of the post by taking a screenshot.

Not only the members of the BJP and Congress parties, but also the public are giving their opinion about this post. The T-shirt worn by Rahul is priced at Rs 41,257. It is captioned as ‘Bharat, Tekko’ in Hindi mixed with English. Its Tamil translation is “Look, India”.

“Are you frightened by the crowds of people who have gathered in the padayatra? Talk about the problems people face. Talk about unemployment and inflation in the country. If we have to discuss about clothes, we have to talk about Modi’s 10 lakh rupees suit and 1.5 lakh rupees eye glasses. Tell yourselves what we should do,” the Congress commented, re-tweeting the T-shirt tweet.

Talk about the issue… unemployment and inflation.

‘It’s cheaper than Modi’s suit’. ‘He enjoys the property left to him by his grandmother in Italy. Don’t be jealous of this’, ‘It’s his own money’, ‘This is how they have been deceiving ignorant people for the past ten years’, netizens expressed their reaction.