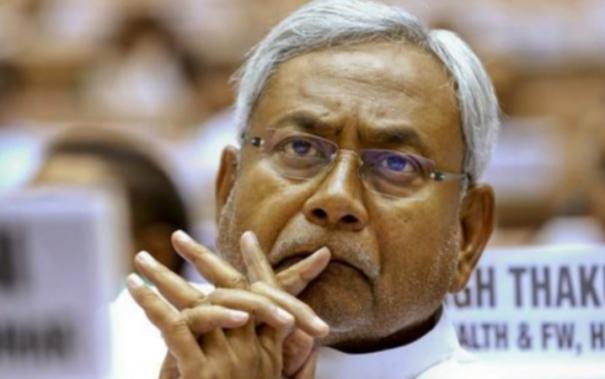 New Delhi: There has been opposition in many states to the recruitment of troops through the Central Asin Fire Project. Of these, the highest level of opposition exists in Bihar.

As a result of the strike, crores of properties of the central government, including the railways, have been damaged. In Bihar, more than six BJP offices supporting the ruling United Janata Dal party and the party’s deputy chief minister’s residence have been looted.

Various BJP MLAs and MPs have been surrounded and attacked by protesters.
In this context, Vijendra Prasad Yadav, senior leader of the main alliance United Janata Dal, has called on the protesters and suggested that the central government should speak out.

However, the party’s leader and first lady Nitish Kumar has not yet commented. Because of this, BJP leaders in Bihar are dissatisfied.

The conflict between the two parties already exacerbated by this issue.
Commenting on this, Bihar BJP leader Sanjay Jaiswal said, “The state government has turned a blind eye to the suppression of the Agnipath struggle.

Chief Minister Nitish Kumar, who did not comment even on social media, did not order his officials to take action. He did not even come forward to tell the protesters to fight peacefully.

Jaiswal also told reporters that the BJP’s Madhepura office was being looted by protesters and that Bihar police were having fun watching the disappearance. Chief Minister Nitish Kumar’s party immediately denied this
Has.

In response to the BJP’s complaint, Rajiv Ranjan, a close aide of Chief Minister Nitish Kumar, said, ‘BJP leader Jaiswal has spoken irresponsibly as if he has lost his mind. Protests have erupted not only in Bihar but in other states against the federal government’s fire project. Fear has arisen in the minds of the militants that their future will be doomed by the Agni Path project.

No government supports violence. They are complaining about our government without trying to allay the fears of the youth. Why can’t they prevent violence in BJP-ruled Madhya Pradesh, Uttar Pradesh and Haryana?

Criticizing the clash between the two parties in Bihar, election strategist Prashant Kishore said, ‘Bihar is on fire. Instead of resolving the issue, the two parties complain to each other and clash.