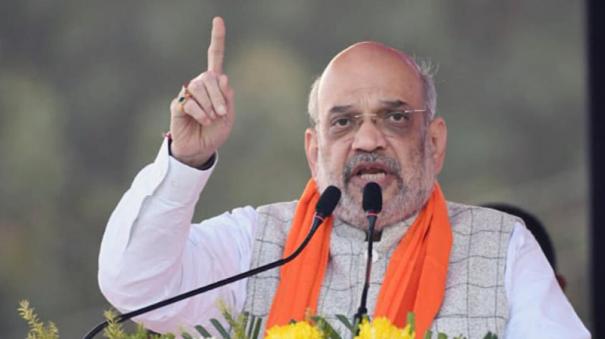 Union Home Minister Amit Shah inaugurated 12 projects worth Rs 300 crore and laid foundation stone for projects worth Rs 1,007 crore through video presentation at a public meeting held at Moirank in Bishnupur district of Manipur. Further addressing the meeting, Amit Shah said, “The BJP government has suppressed the insurgency in the state and abolished the Armed Forces (Special Powers) Act, 1958 in six districts. Terrorism prevailed in Manipur during Congress rule. Now Manipur has become a small state with good governance.

The ruling BJP government at the Center has invested Rs 3.45 lakh crore in the North Eastern states in the last eight years. Prime Minister Narendra Modi has visited these regions 51 times during this period. The Chief Minister N. Biren Singh government has taken great measures against drug trafficking. The BJP government will make Manipur a drug-free state by the next election,” he said.

Earlier in the morning, he hoisted the national flag at the headquarters of the Indian National Army in Moirang. He started a medical college in Surasanpur. He inaugurated a 120-feet tall statue of the polo player from Imphal East district.