BJP has given new charge to sacked senior leaders 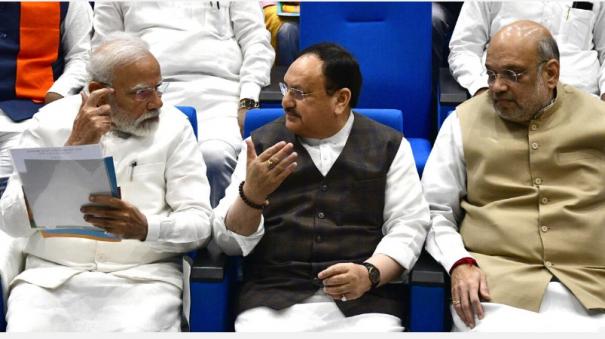 New Delhi: BJP has given new charge to senior leaders who were sacked as Chief Minister and Union Ministers.

In a move to strengthen the party with the upcoming parliamentary elections and assembly elections in some states, the ousted leaders have been given new posts. Often, senior leaders are declared as in-charges of states. In an official announcement issued by the BJP national president JP Natta, more new in-charges have been appointed to the states where the BJP is challenging.

Accordingly, former Gujarat Chief Minister Vijay Rupani has been announced as the BJP in-charge of Punjab. Punjab, ruled by Arvind Kejriwal’s Aam Aadmi Party, is one of the states that could pose the biggest challenge to the BJP. Vijay Rupani has been appointed as the party’s in-charge in a move to strengthen the party after the BJP suffered a massive defeat in the assembly elections here earlier this year.

The BJP leadership has announced former Tripura Chief Minister Piplup Kumar Deb as the in-charge of Haryana. Even though the BJP retained power in Haryana, it fared poorly in some places in terms of vote percentage. As assembly elections are coming up in Haryana along with the parliamentary elections, Piplab Kumar Deb has been made in-charge to prepare for both.

Sunil Bansal has been appointed as the in-charge of Odisha and Telangana, Vinod Tawde for Bihar, Laxmikant Vajpayee for Jharkhand, senior leader Om Mathur for Chhattisgarh and Sambit Patra as North Eastern States Coordinator. Arun Singh has been declared in-charge in Rajasthan and Muralidhar Rao in Madhya Pradesh.

It is noteworthy that most of the leaders who were given new responsibilities did not hold any party office but were previously in charge of elections.