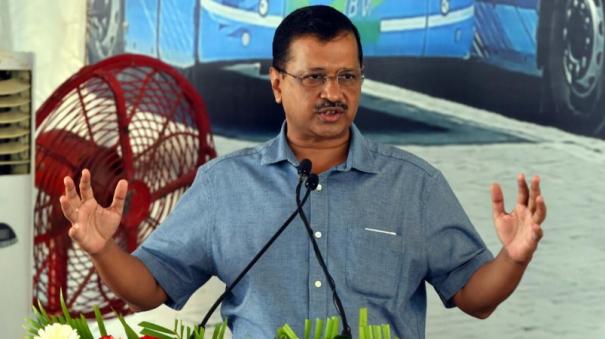 New Delhi: Delhi Chief Minister and Aam Aadmi Party convener Arvind Kejriwal has hit back saying that the BJP is using Gandhian Anna Hazare to launch a political attack on him.

Amid the frenzy of CBI raids, probes and a special assembly meeting in Delhi politics following allegations of corruption in the capital’s new liquor store, Anna Hazare, a veteran social activist and Gandhian, has written a two-page letter criticizing her early follower Arvind Kejriwal for not being “intoxicated”.

Responding to this, Arvind Kejriwal said, “BJP has been alleging corruption in the new liquor policy. But the CBI investigation has revealed that there is no corruption. However, people do not trust the BJP. It is common in politics to make personal attacks against a famous person. BJP is also doing the same with Anna Hazare.” .

Earlier, senior social activist Anna Hazare had criticized Delhi Chief Minister Arvind Kejriwal, ‘Your words and actions have nothing to do with it…’. Read > ‘Is it cute for a party that resulted in a bang?’ – Hazare’s letter to Kejriwal and background