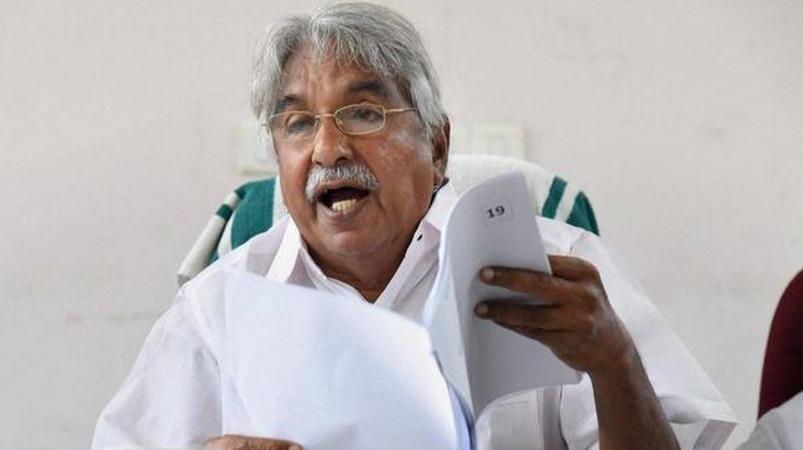 BJP against Congress in Kerala Leftists The secret alliance formed has been exposed, and this has been heard Secular people Former Kerala Chief Minister and senior Congress leader as frozen in shock Oman Sandy has told.

All the 140 constituencies in Kerala will go to the polls on April 6 in a single phase. In Kerala, there is fierce competition between the ruling party, the Marxist Communist-led Left Democratic Front and the Congress-led United Democratic Front. BJP Competing alone.

The same coalition field saw the 2016 legislative elections. But the left-wing coalition was a great success. In alliance with Bharat Dharma Janasena, the strongest Ezhava-based political body in this election BJP Competed. With 15.8 percent of the vote, in one place BJP Won.

In Kerala, the BJP is all set to show its vote bank this time around, with only direct competition between the Congress and the Left parties so far.
Former Chief Minister of Kerala and senior Congress leader in this regard Oman Sandy Said:

The details of the Left alliance’s secret agreement with the BJP to win in Kerala have been exposed by information released by an RSS executive. BJP RSS executive Balasankar, who had planned to field a candidate on behalf of the party and was not included in the list of candidates, has released some details.

Leave some constituencies in South Kerala to the BJP and instead to the Left Alliance in other constituencies BJP He said a vote had been arranged. Kerala asking for this information Secular people Frozen in shock.

In an article in their organisation’s newspaper, senior RSS leader Mohandas called on left-wing party volunteers to join hands with the BJP in toppling the Congress-Muslim-Christian alliance. This has exposed the secret alliance between the BJP and the CPM.
Thus he said.