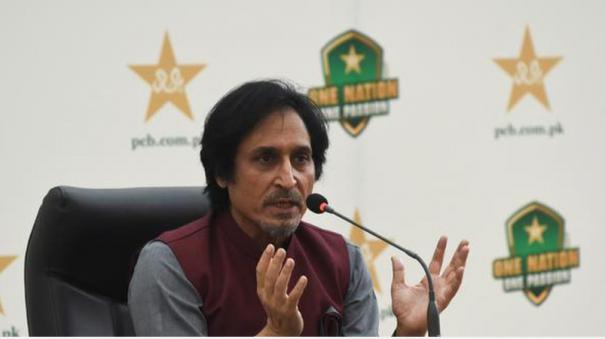 Karachi: Former Pakistan Cricket Board president and player Ramis Raza Baqir has accused the BCCI of hampering the development of Pakistan cricket due to BJP’s influence over the Board of Control for Cricket in India.

Ramiz Raza raised this allegation while speaking at a government college program in Lahore. “Unfortunately what is happening in India is that there is a BJP mindset. This is hampering the development of Pakistan cricket. This is why I say we need BJL or Pakistan Women’s Cricket League. Only through this will Pakistan cricket get the necessary financial resources. We can raise the necessary funds ourselves. This way we can get rid of a bias towards ICC where BCCI is financially dominant. This is the urgent need of the moment.

We have to compromise independence as most of ICC’s revenue comes from India. When the Indian mindset is to marginalize Pakistan cricket, we will end up in a rut, either here or there.

I have made my position clear on this matter. If the Asian Cricket Council gives us permission to host the Asia Cup in Pakistan, if the Indian team refuses to come and play here, the right to host the Asia Cup will also be taken away from us. I am pointing out that even at this stage we have options,” said Ramiz Raza.

Ramiz Raza also revealed the conversation he had with Babar Azam after the show. That is, “There is no question that we will lose to India. India should win to strengthen Pakistan cricket to that extent. We have to defeat the Indian team. That is the only way we can talk and resolve things for ourselves in a strong position. Only then will we be able to clear their story,” Babar told Assam.

At the time of his inauguration, he had said that Pakistan cricket can raise its own funds from within and reach a strong position by playing cricket competitively and taking a higher position through negotiations to raise our funds. Ramiz Raza also said that he spoke to the Australian and English cricket boards and insisted that the ICC should not listen to the money power and its crises.