BJP, RSS are taking over all the organizations of the country: Rahul Gandhi alleges 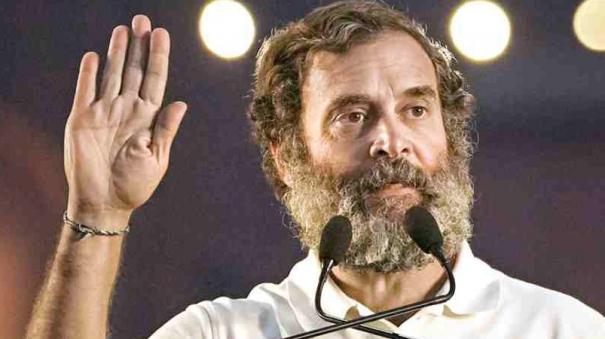 Hoshiarpur (Punjab): Former Congress president Rahul Gandhi has alleged that BJP and RSS are taking over all the organizations of the country.

BJP and RSS have captured all the organizations of the country. All systems are stressed.

This is not a fight between one political party and another. A fight is now going on between the opposition parties and the country’s institutions they have captured. Normal democratic practices are not seen in the country.

The state of Punjab should be ruled from Punjab. The people of Punjab will not accept it if it is ruled from Delhi. This is what Rahul Gandhi said.

Busted by the person who came to hug

While Rahul Gandhi was walking in Hoshiarpur district yesterday, a man suddenly ran up and tried to hug Rahul Gandhi. However, the nearby leaders removed the person and threw him away. This caused a stir for a while. Punjab State Congress President Amarinder Singh Raja Waring said, “The person came near Rahul only after the security check. He was very excited to meet Rahul Gandhi. So he suddenly hugged him. There is no security breach in this,” he said.