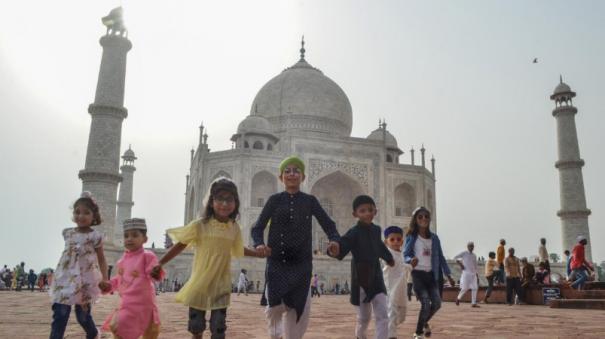 Lucknow: The Lucknow branch of the Allahabad High Court has rejected a petition by the BJP seeking an order to reopen 22 locked rooms in the Taj Mahal.

The Taj Mahal was built of marble in the 6th century by Shah Jahan, one of the Mughal emperors. There are reports that the Tejolaya Shiva temple, currently located in BJP-ruled Uttar Pradesh, was demolished to make way for it. The statues of the temple are also suspected to be in 22 locked rooms that have not been opened in the Taj Mahal.

What happened? A petition has been filed on behalf of the BJP in the Lucknow branch of the Allahabad High Court seeking an order from the Archaeological Survey of India to open 22 unoccupied rooms in the Taj Mahal and file a report. The petition was filed by Rajneesh Singh, media chief of the BJP youth wing. The court accepted the petition for hearing a few days ago. They exchanged sweets to celebrate it. BJP supporters welcomed this.

The case came up for hearing in the Lucknow branch court today (Thursday). The trial court ruled that “whatever the case may be, these issues must be resolved out of court. The court also dismissed the petition.

Earlier, the land where the Taj Mahal was established was the land of the Jaipur dynasty. Diya Kumari, a BJP MP and a member of the royal family, said they had the documents. It is noteworthy that the Taj Mahal has been prosecuted at various times before.