No Result
View All Result
Latest News
7 crore followers on Twitter: Prime Minister Modi’s record 29/07/2021
Russian tennis player Khachanov reached the semifinals of the Tokyo Olympics 29/07/2021
Anchor Anasuya: I Am Not Perfect But Original: Anasuya Hot Comment ‌ Shocking Reactions 29/07/2021
“You have to take camel drivers” … a German official was expelled from the Olympics after a racist comment against an Algerian and an Eritrean 29/07/2021
Opposition parties continue to rally in parliament: both adjourned until 2 p.m. 29/07/2021
Next
Prev
Home India 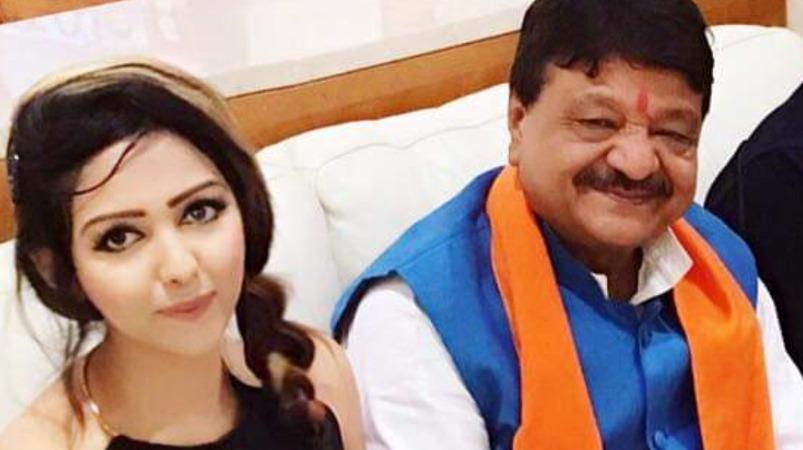 West Bengal BJP youth wing leader Pamela Goswami was arrested by police yesterday for possession of cocaine, police said, adding that she was arrested on the basis of her father’s complaint.

BJP youth wing leader Pamela Kozami and her friend Prabir Kumar Dey have been living together without getting married. The two were checked in by police yesterday when they arrived in a car and were arrested with cocaine.

Pamela Kozami, leader of the BJP youth wing, has been very active on social media. Pamela is involved in the modeling industry and has acted in various films and plays.
Recently, American singer Rihanna posted comments strongly condemning the farmers’ support for the struggle.

Pamela Kozami, her friend Prabir and bodyguard Somnath Chatterjee were detained by the police when they arrived in a car yesterday. When the police searched them, they found 90 grams of cocaine in the car and arrested 3 people.

When the three, including Pamela Goswami, were taken away by the police to appear in court yesterday, Pamela Goswami said, “There is a conspiracy going on to implicate her. Rakesh Singh, a relative of BJP state leader Vijaywarkia, is also involved in this. He also has drugs. I need CID investigation. I have evidence.” He demanded.

The judge remanded Pamela Kozami in custody until the 25th of this month.

Responding to Pamela Kosami’s allegation, Rakesh Singh said, “Kolkata police and the Trinamool Congress have brainwashed Pamela Kosami. I have not had any contact with her for more than a year. I am ready to face any inquiry. If I was involved, Amit Shah and Vijay Varghese would definitely call me. By order of the Congress Party Kolkata Police Are operating. This is an unsubstantiated allegation. “

BJP supremo Vijaywarkia said, “I have faith in justice. The law will do its duty. I do not understand what is happening. I can not say anything now.”

In the meantime Kolkata Police Saying ” BJP youth wing leader Pamela’s father had lodged a complaint with the police in April last year, demanding that Pamela Kozami and her friend Prabhir be monitored for their drug addiction. Pamela’s father had also lodged a complaint with Kolkata Metropolitan Police Commissioner Kaushik Kosami. Police have been monitoring Pamela for a long time based on the complaint.

Prabhir is already married. Prabhir did not promise to divorce his wife and marry Pamela. He said in the letter that the activities of the two were questionable. Subsequently, Pamela and Prabir’s surveillance revealed that they were both involved in drug trafficking.

If both continue to be investigated drugs Where found, whoever is involved in this. The details of whether there is a link between the states and the countries will be known. “

Queens of the show: Korina Rivadeneira obtained the best steps when dancing quebradita

Opportunity to lay down rules for CAA law until January 9: Federal Information

High importance to the state of Karnataka in the Union Cabinet: 4 ministers in charge

Prime Minister of Palestine: Israel is committing systematic crimes and broadcasting them on the air

Chiranjeevi is following ‘the only one’ .. Emotional tweet as if he is indebted to mega love