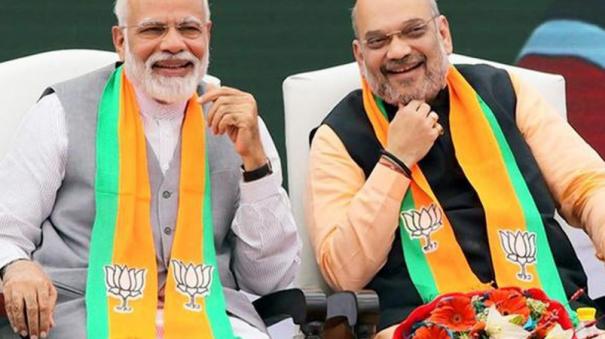 Mumbai: Maharashtra is going to the polls after 22 years as 7 candidates are contesting for 6 seats in the state assembly elections. The BJP and the Shiv Sena are in fierce competition for an additional seat with the support of independents.

In this case, the state elections will be held again on June 10. Elections are being held for 57 seats. Of these, 24 seats are held by the BJP. The BJP is likely to decline in Chhattisgarh, Rajasthan, Jharkhand, Maharashtra and Andhra Pradesh. Thus, after 32 years, the record of 100 is declining.

This has raised expectations that the BJP will make a colossal effort to capture more seats. Accordingly, the BJP has fielded more candidates than it has in many states.

In Maharashtra, candidates are usually elected without contest in state elections. Maharashtra holds state assembly elections after 22 years The vote will take place on June 10.

7 candidates are contesting for a total of 6 seats. A candidate needs the support of 42 MLAs to win the state elections. The BJP has a total of 105 MLAs. The Shiv Sena has 55 MLAs, the NCP 54 and the Congress 42.

In addition, there are a total of 29 MLAs from smaller parties and independents. After winning two candidates, the remaining 29 MLAs will remain. So the BJP plans to win 3rd place with the support of smaller parties.

Similarly, the coalition has 27 MLAs after the remaining 27 Congress, Nationalist Congress and Shiv Sena each got one MP. So that team is planning to win 4th place with the support of smaller parties and independent MLAs.

In 2019, four independent MLAs supported the Devendra Patnaik government. The BJP is in talks with those MLAs. Some MLAs want their grievances resolved to vote in favor of the state through this election.

However, the Congress alliance has accused the BJP of resorting to intimidation by sending notices to some MLAs from the Central Intelligence Agency.

Leaders of the ruling coalition have spoken to former chief minister Devendra Patnaik and asked him to withdraw his candidature and hold a non-competitive election. But the BJP did not agree.