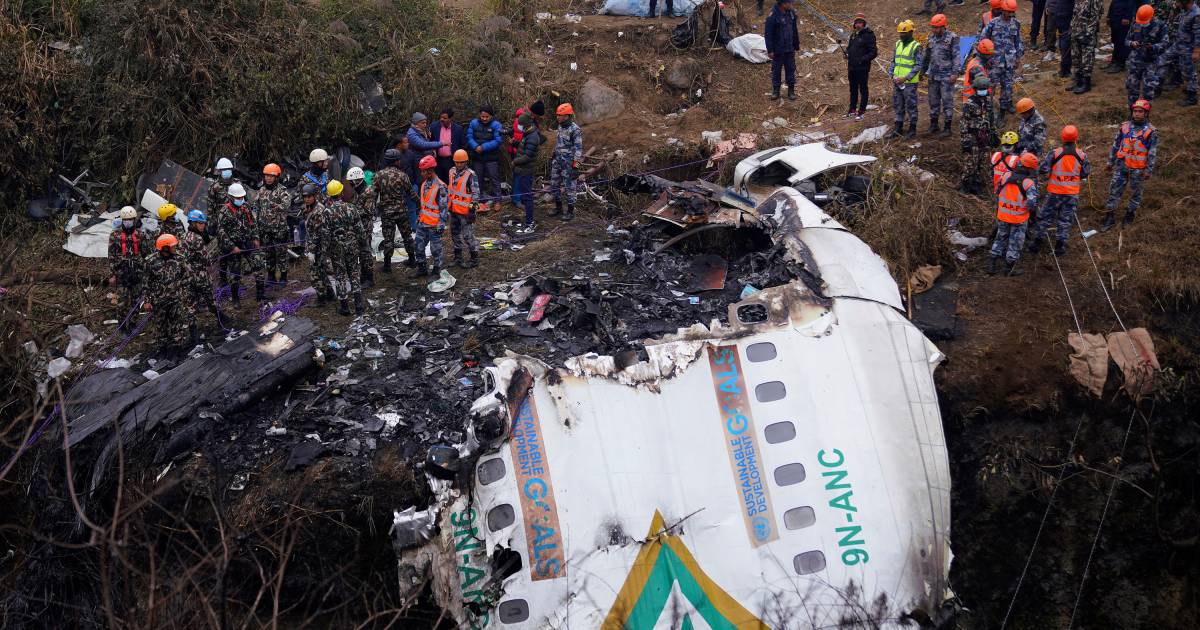 Rescue workers have found the black box and the pilot’s recorder from the cockpit of the Yeti Airlines plane that crashed Sunday morning in the Nepalese city of Pokhara. At least 68 people were killed in the accident. Four more passengers are missing. The chance that they are still alive, according to the authorities, is minimal.

The data in the black box should clearly show how the plane crashed on a clear day with no storm or strong wind. It can take months to figure out what happened. Local residents saw that the plane was shaking violently before it crashed.

The rescue mission resumed on Monday morning, but it is very cloudy, which means that the workers have poor visibility. Nepal is one of the most mountainous countries in the world, with eight of the fourteen highest mountains within its borders. As a result, weather conditions can change quickly.

The Nepalese government has declared a day of national mourning on Monday. There are also no planes from Yeti Airlines flying. A team of five people is investigating the crash on behalf of the government.

Fifteen of the 68 passengers came from abroad. They are five Indians, four Russians, an Irishman, two South Koreans, an Australian, a Frenchman and an Argentinian, an airport official told Reuters news agency. In addition, there were 53 Nepalese on board, including two babies.

Hundreds of soldiers and aid workers searched all day yesterday among the debris of the plane for survivors, but so far only found dead. “31 bodies have been taken to the hospital. 36 bodies have already been found in the canyon where the plane crashed,” police official AK Chhetry told the French news agency AFP.

The twin-engined aircraft of the type ATR 72 crashed for unknown reasons just before landing. The crash occurred in a hilly area between the old domestic airport and the new Pokhara International Airport. A local resident filmed the last moments of the plane.