Blatter before the court: I don’t see myself able to answer 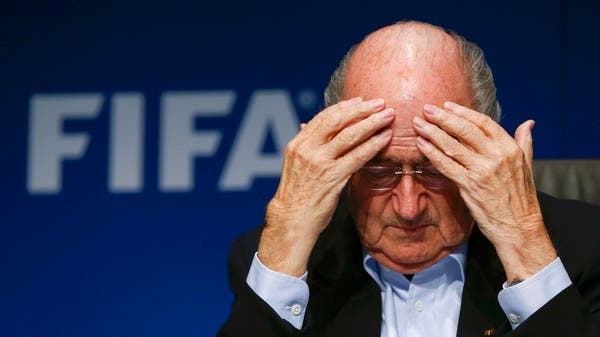 It was decided to postpone the questioning of the Swiss Joseph Blatter, the former president of the International Federation of Football Associations (FIFA), during his trial before the Federal Criminal Court in Switzerland, until Thursday, due to his health condition.

Blatter told the court: I am not feeling well. I have a complaint about a problem, my co-op, and I can’t breathe normally. I do not see myself able to answer.

On Wednesday, the trial of Blatter and French former president of the European Football Association (UEFA) Michel Platini began in Bellinzona, Switzerland.

The duo face accusations, including defrauding FIFA, in connection with the transfer of two million Swiss francs ($2.77 million) to Platini on the grounds that it was in exchange for consulting work he provided to FIFA between 1998 and 2002.

Blatter, 86, arrived at the court with his daughter Corinne and sat in the front row of seats alongside his lawyer, Lorenz Ernie.

“I’m in a good mood under this beautiful sun here,” Blatter said upon arrival at the court and before the start of the trial. I feel confident because I have nothing to blame myself for. It will take two weeks, so I have to be in a good mood the first day.

Platini, 66, and his defense team also sat in the second row behind Blatter, and the trial will take place in German with a translation into French for Platini.

Swiss prosecutors are talking about a “real bill” Platini submitted to FIFA in 2011 and was approved by Blatter.

The case was raised in 2015 and ended Blatter’s presidency of FIFA, as well as halting the campaign for Platini’s candidacy to succeed him.

Both Blatter and Platini were banned for eight years from any football-related activity by the FIFA Ethics Committee, but their sentences were later reduced by the International Court of Arbitration for Sport.

Blatter and Platini reiterated their innocence of any wrongdoing.

The trial is scheduled to take place in Bellinzona over 11 days, and end on June 22, with a verdict in the case scheduled for July 8.