Blinken and Kuleba discussed the return of US diplomats to Ukraine 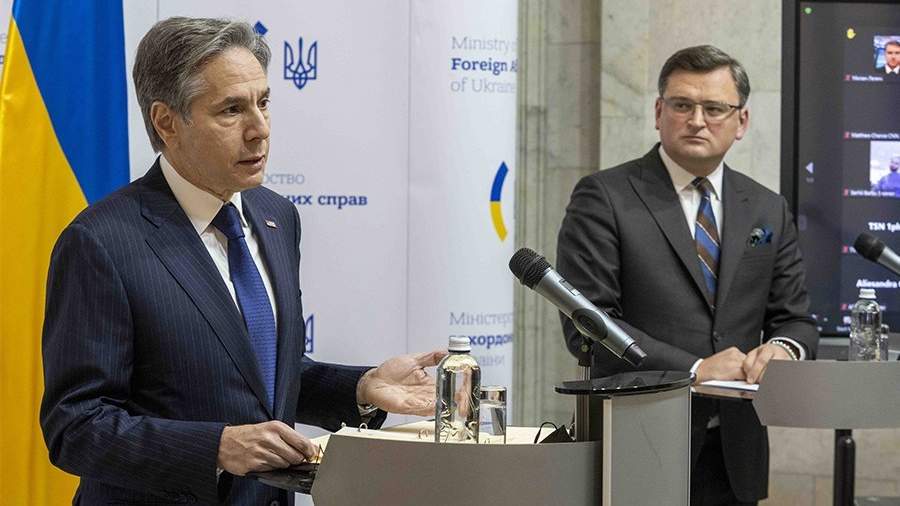 US Secretary of State Anthony Blinken discussed with Ukrainian Foreign Minister Dmitry Kuleba the prospects for the return of American diplomats to Kyiv and a new aid package worth $33 billion. This was announced on Saturday, April 30, by the State Department.

The Secretary of State provided additional information on plans for the return of US diplomats to Ukraine, including preliminary visits to Lviv this week and an intention to return to Kyiv as soon as possible.

It is also noted that politicians discussed the administration of Congress on the allocation of $ 33 billion for military, economic and humanitarian assistance to Ukraine.

On the eve of Jen Psaki said that US President Joe Biden could allocate weapons to Ukraine for only another $ 250 million.

Earlier, on April 28, it became known that the American leader plans to additionally request $33 billion from the US Congress to support Ukraine. It was noted that the requested package of assistance to Kyiv will include more than $20 billion in military assistance, $8.5 billion in economic aid and $3 billion in humanitarian aid.

On the same day, Russian Foreign Ministry spokeswoman Maria Zakharova warned that Western weapons supplied to Ukraine could end up in the hands of terrorists.

On April 26, State Department spokesman Ned Price confirmed that staff from the US Embassy in Ukraine had visited Lviv for the first time since February 24.

Prior to this, on April 15, the Investigative Committee of Russia reported that it had received data on the supply of weapons to Ukraine from 25 states, 21 of which are NATO countries.

Western countries began to actively arm Ukraine against the backdrop of Russia’s ongoing military operation to protect the Donbass, which Russian President Vladimir Putin announced on February 24. The decision was made against the background of the aggravation of the situation in the DPR and LPR as a result of shelling by the Ukrainian military.