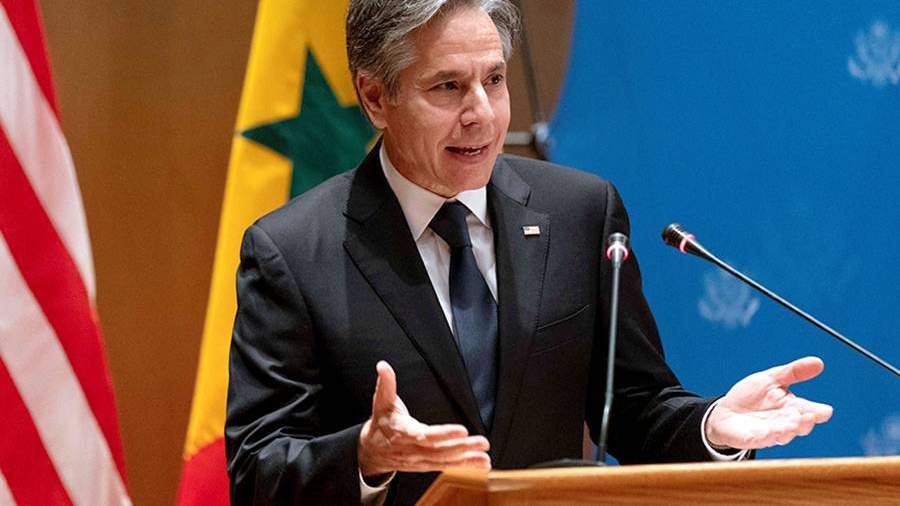 Washington is extremely alarmed by the current policy and statements of Russia towards Ukraine. US Secretary of State Anthony Blinken told reporters during his visit to Senegal on November 20.

“We are concerned about the rhetoric we have seen, heard from Russia and observed on social media,” he said.

Blinken also noted that the concerns of the American administration are largely shared by the countries that are allies of the United States, but he did not make any assumptions about Moscow’s possible plans for Kiev.

Earlier on Saturday, the American administration warned allies about Moscow’s alleged plans to invade Ukraine and called for new anti-Russian measures to be prepared to prevent such actions by the Russian Federation. In this regard, Washington declared the need to push European countries to cooperate with the White House to coordinate economic and military efforts against Moscow.

On November 19, US Senator Bob Menendez proposed to envisage a “sanctions bombing” for Russia, including sectoral restrictions, measures on the national debt and the Nord Stream 2 gas pipeline, in case of its “invasion” of Ukraine. The parliamentarian introduced the corresponding amendment to the Defense Budget Act (NDAA), on which senators will vote after the holiday break.

On November 12, Dmitry Polyansky, First Deputy Permanent Representative of the Russian Federation to the UN, denied information about the alleged plans for Russia’s invasion of Ukraine. He stressed that the country never planned this and is not planning any invasions.

In turn, Russian President Vladimir Putin called the statements that the Russian Federation is allegedly preparing an invasion of Ukraine alarmist.

The Russian Defense Ministry indicated that it is NATO that is stepping up its activity near the borders of Russia.