Blinken: The Houthis must immediately release all Yemeni employees and evacuate the embassy 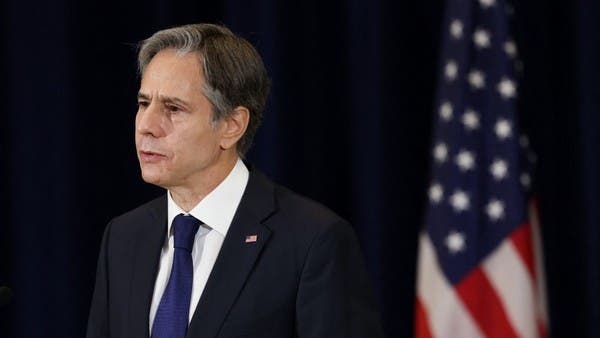 The US Secretary of State, Anthony Blinken, said in a statement on Friday that the United States condemns the Houthi detention of Yemeni employees at the US Embassy in Sanaa, and calls for their immediate release.

The statement stated that dozens of Yemeni citizens and their family members were arrested and subjected to ill-treatment by the Iran-allied Houthis, due to their temporary work in the United States since the embassy was closed there in 2015.

“The Houthis must immediately release unharmed all Yemeni employees of the United States, evacuate the embassy compound, return confiscated property, and stop their threats,” Blinken declared.

In turn, the US envoy to Yemen, Tim Lenderking, condemned in the strongest terms the Houthi violation of the US embassy in Sanaa.

“The detention of Yemeni employees and the flagrant violation of our embassy cannot be accepted,” Lenderking said.

On Thursday evening, the UN Security Council condemned, in the strongest terms, the storming of the Houthi militia, the Iranian arm in Yemen, the US embassy compound in Sanaa, and the arrest of dozens of local employees.

In a statement, the members of the Security Council condemned in the strongest terms the recent and ongoing seizure and infiltration of the compound, which was formerly used as the US embassy in Sana’a, by the Houthis, during which dozens of local employees were arrested.

The members of the Security Council recalled the fundamental principles enshrined in the 1961 Vienna Convention on Diplomatic Relations and the 1963 Vienna Convention on Consular Relations, in particular the prohibition of intrusion into diplomatic property as well as the inviolability of mission premises and their immunity from search, demand, seizure or execution.

The members of the Security Council also stressed in particular that the premises of the personnel of the diplomatic mission, who have been temporarily recalled, as well as their property and archives, must be respected and protected.

The Houthi militia had stormed the US embassy compound on Sheraton Street in the capital, Sanaa, in conjunction with the kidnapping of a number of local employees and embassy guards.

Local sources reported that Houthi militia members stormed the US embassy compound in Sanaa, and looted a large amount of equipment and supplies.