Bloomberg: Europe is heading for an “energy shock” and recession due to Russian gas 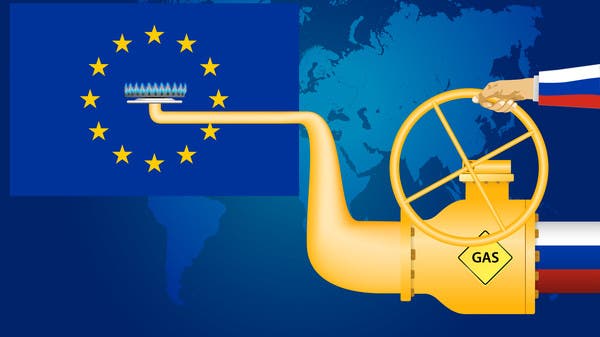 The agency stated that Europe is heading towards an “energy shock” and recession due to the decline in Russian gas imports.

The European Union is set to propose a ban on Russian oil by the end of the year, with import restrictions gradually being imposed until then, according to sources familiar with the matter.

The sources, who requested anonymity because the discussions are private, said the EU would also push for more banks from Russia and Belarus to be cut off from the Swift network system, including Sberbank PJSC. The United States and the United Kingdom previously imposed sanctions on Sberben, Russia’s largest financial institution.

The sources said that a decision on the new sanctions could be taken as soon as next week at a meeting of the union ambassadors. The proposed measures, which would make up the sixth round of EU sanctions since Russia invaded Ukraine in February, have not yet been formally rolled out and could change before that happens.

EU sanctions require adoption by all 27 member states, and several countries, such as Hungary, have long resisted measures targeting Russian oil. This week, Bloomberg reported that Germany, which had previously been dismissive of the trend, had signaled its blessing for a phased ban.

German Economy Minister Robert Habeck said Thursday in an interview with public broadcaster ZDF that Berlin would not stand in the way of an oil embargo, but expressed doubts that it was the most effective way to harm President Vladimir Putin.

An oil embargo will dramatically increase the stakes with Russia as the European Union, Russia’s largest consumer of crude oil and fuel, seeks to pressure Putin over his war and comes at a time when tensions are already rising over gas supplies. In 2019, nearly two-thirds of the bloc’s imports of crude oil came from Russia.

Other options discussed to reduce Russian oil revenues included price caps, special payment mechanisms, and tariffs. Belarus will be included in the package for its role in assisting the Russian invasion, including serving as a staging post for troops.

The sources said the EU was also considering treating oil shipped via tankers and through pipelines differently.

The measures are aimed at hitting Russia’s revenue from oil exports as much as possible without causing disruptions in world markets. Rather than a punishment, higher oil prices could increase Moscow’s income from sales.

The discussions are taking place amid a standoff between the European Union and Moscow over how to pay for gas imports. The European Union said the mechanism Russia has demanded to pay for supplies in rubles would breach the bloc’s sanctions. Russia says it will stop sending gas to countries that do not comply.

Poland and Bulgaria have already been cut short for failing to abide by Putin’s new terms, but other countries are confident they can keep the gas flowing.

The European Union has imported 44 billion euros ($46 billion) worth of fossil fuels from Russia since the invasion of Ukraine, according to the Center for Energy Research.