Boca Juniors and Racing arrive in Al Ain in one plane 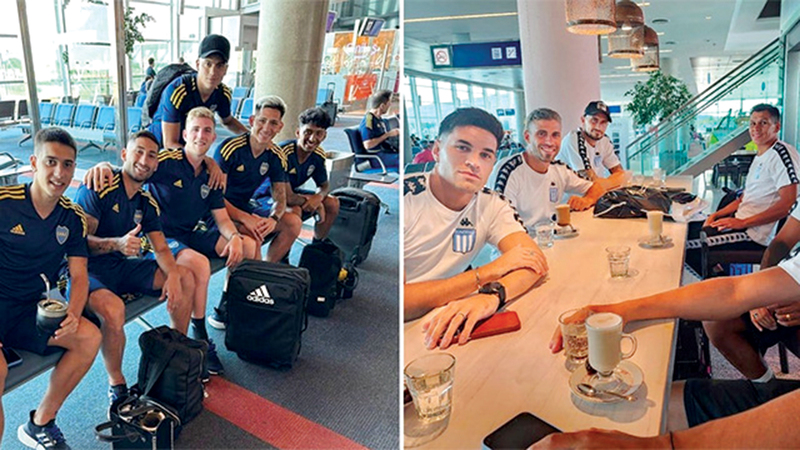 The Argentine football team Boca Juniors and its counterpart Racing Club boarded a plane to reach Al Ain to play the Argentine Super Cup match scheduled for next Friday at Hazaa Bin Zayed Stadium, as part of the four-year strategic partnership agreement signed between the Abu Dhabi Sports Council and the Argentine Football Association. In one of the most powerful football matches in South America, which coincides with the Argentine national team’s achievement of the World Cup title, which was recently held in Qatar.

What aroused the most interest in the Argentine press, such as “Ole” and “Super Deportivo”, was how the players of the two teams would spend nearly 22 hours flying next to each other, given that the last confrontation between the two teams was fraught with tension and 10 expulsions, and whether they would exchange greetings. and side conversations. Boca Juniors appears in the meeting as the league champion, while Racing Club participates as the cup champion.

The newspaper “Ole” said that the two teams that closed the curtain on the competition of local championships in Argentine football in 2022 will be responsible for opening it in 2023 with the confrontation held at Hazza bin Zayed Stadium.

The newspaper indicated that the atmosphere was tense after the final, which had brought together the two teams in the Argentine Champions Cup, which was crowned by the Racing team in a final match, which lasted for 130 minutes, and witnessed the publication of 10 red cards, which was the match that had been managed by referee Facundo Tello, who continued to Directing red cards, and the number reached 10 cards, most of which were for Boca players, forcing him to cancel the match two minutes before its time and announce Racing’s victory.