Boca Juniors and Racing train in Al Ain, in preparation for the Argentine Super Cup 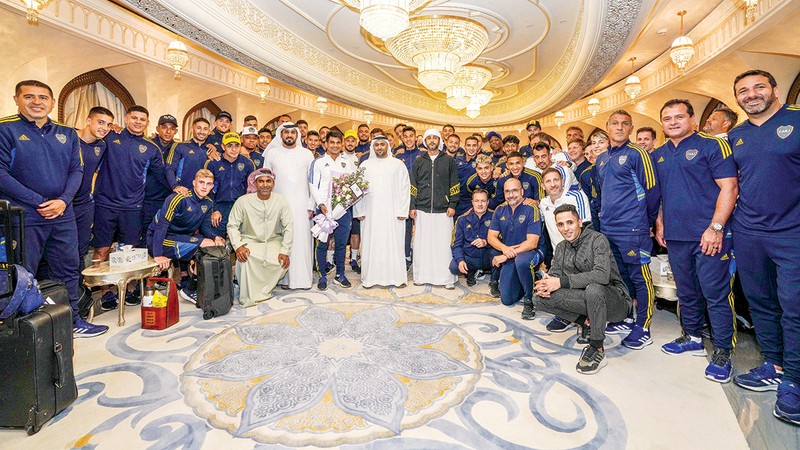 Yesterday morning, the Boca Juniors and Racing Club teams arrived at Al Ain International Airport, in preparation for the Argentine Super Cup, which will be held at Hazaa Bin Zayed Stadium in Al Ain, next Friday, at 07:30 pm.

At the forefront of the two teams’ receivers was Mohammed Al-Rumaithi, Director of the International Events Department at the Abu Dhabi Sports Council.

The Argentine Super Cup match is held for the first time outside Argentina, according to an agreement signed between the Abu Dhabi Sports Council and the Argentine Football Association, which extends for four years, in support of Abu Dhabi’s partnership plans with international sports institutions and bodies, and as an extension to attracting elite international sporting events, and working to host historical sporting events. football in Abu Dhabi.

Boca Juniors is training in preparation for the upcoming summit at Tahnoon Bin Mohammed Stadium, while the Racing Club is conducting its training at Khalifa Bin Zayed Stadium. The captains of the two teams, tomorrow, at 04:30 pm in the press conference room.