Bokeshwara elephant tusk with the longest tusks in Asia: Photo tribute on the Internet 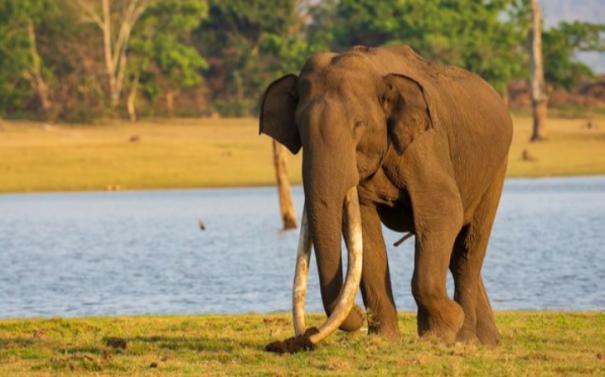 Bandipur: Known as the longest ivory elephant in Asia, Bokeshwara died in Karnataka. Knowing the news, Kanur activists have been expressing their grief through social media.

Bandipur: An elephant was reported dead on the 11th in the Nagarhole reserve. Wildlife officials who subsequently saw the body of the elephant have confirmed that the deceased was Bokeshwara the elephant.

Bogeshwara is very popular among wildlife enthusiasts and photographers for its long ivory. Many would like to have this elephant captured on their third-eyed camera eyes. Local and world-renowned cinematographers have also photographed Bokeshwara in photographs and videos.

Mr. Bogeshwara also known as Kabini. One ivory is 8 feet long and the other is 7.5 feet long. It seems that the forest officials are currently trying to keep the ivory in its memory in the gallery.

It has been reported that the elephant may have died due to old age. The age of this elephant is said to be around 70. Its death has also been reported as natural.

Many eco-enthusiasts have been sharing their photos and videos to pay their respects to this endangered elephant that lives along the Kabini River.