Bolsonaro pointed out the illegality of the actions of his supporters 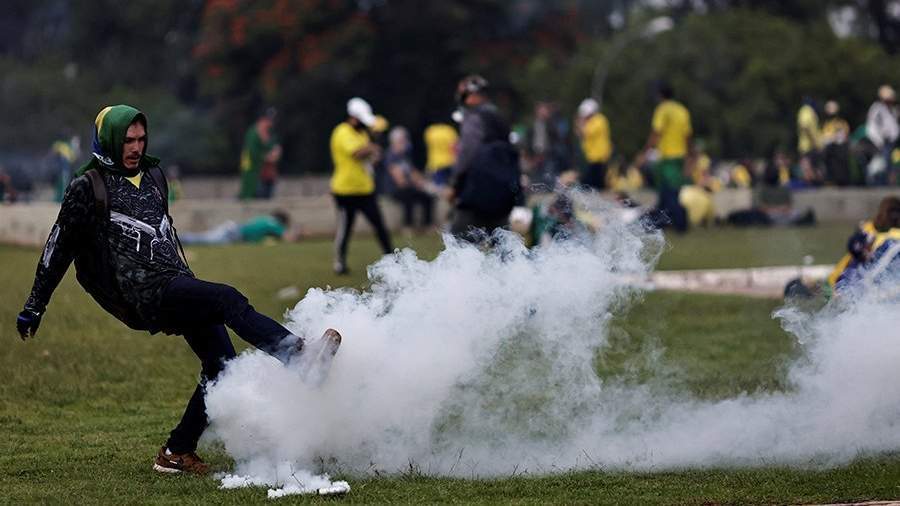 Ex-President of Brazil Jair Bolsonaro recognized the illegality of the actions of his supporters who staged riots in the capital. Thus, he commented on the situation on his personal Twitter account on January 8.

“Peaceful demonstrations in a legal form are part of democracy. However, the robberies and penetrations into public buildings that took place today <...> violate the established order,” the former head of state wrote.

He also categorically denied the accusations of his successor, Lula da Silva. The incumbent pointed out that some of Bolsonaro’s speeches allegedly encouraged pogroms in Brasilia.

On January 8, mass protests broke out in the capital of Brazil against the government of da Silva. It was assumed that the demonstrations would be peaceful, but very soon riots and mass seizure of state buildings began.

Thus, supporters of ex-president Bolsonaro clashed with the police and broke into the building of the state parliament in the country’s capital.

At the same time, information was received that the protesters began to smash the Brazilian parliament. In addition, videos of alleged acts of vandalism in the presidential palace are published on the Web. Brazilian Federal Police Chief Anderson Torres said the perpetrators will not go unpunished.

At the moment, the presidential palace, the buildings of parliament and the Supreme Court have been liberated from the protesters, and hundreds of demonstrators have been detained and taken to specialized areas. According to preliminary data, about 5 thousand citizens took part in the riots.

It is noted that President Lulu da Silva was evacuated to a safe area. In turn, the head of state declared a state of emergency in the capital until the end of January and promised to take action against the protesters responsible for the pogroms, as well as the police officers who condoned it.

On January 1, Luiz Inacio Lula da Silva took the oath of office and became President of Brazil for the third time. He won the October 31 elections by 1.8% over his predecessor, Jair Bolsonaro. da Silva’s mandate is four years.