‘Border war’ between Canada and Denmark over after 50 years: ‘can we now participate in the Eurovision Song Contest?’ 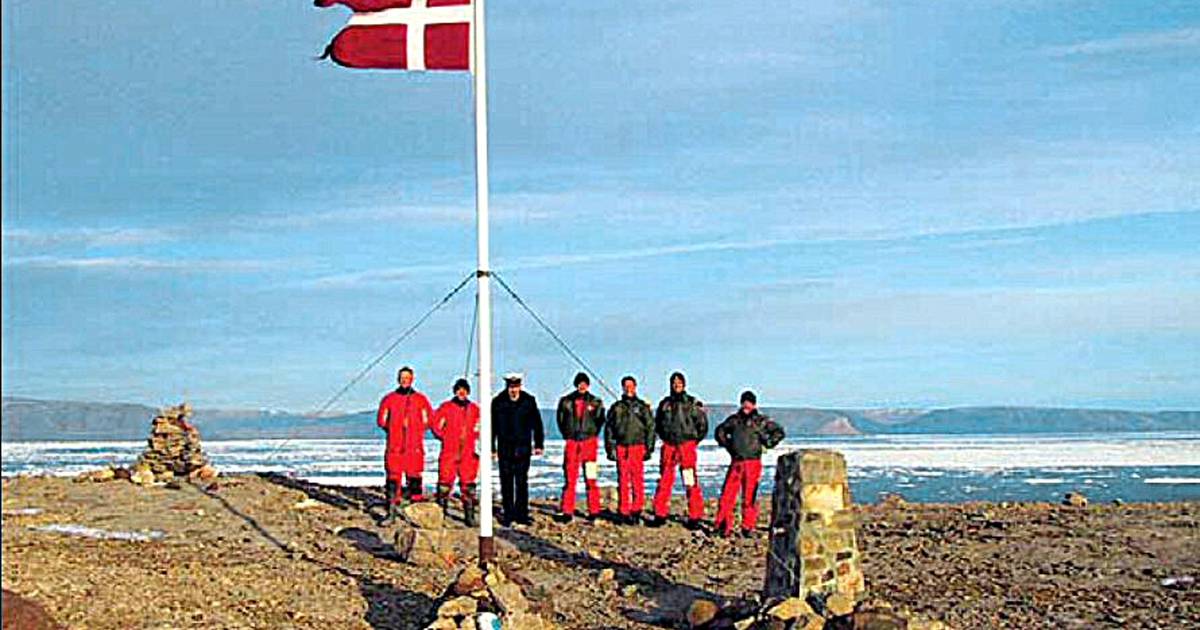 For nearly fifty years Canada and Denmark waged a hilarious “whiskey war” over a bare rock in the icy sea. Today a Solomonic verdict put an end to the quarrel over Hans Island.

Nobody lives there. Nothing grows. There are no minerals in the soil. It is very often very cold. And yet, since 1973, Canada and Denmark have been arguing over the island of Hans: a 1.3 square kilometer barren rock in the Arctic, about 1000 kilometers from the North Pole.

The lump is located in the 35 kilometer wide strait of Nares, exactly halfway between the Canadian island of Ellesmere and Greenland, which belongs to Denmark. This means that Hans falls in the territorial waters of both Canada and Denmark. Both countries only found out about this in 1973, when they wanted to clearly define the border. Because they couldn’t figure out who Hans belonged to, they decided to voice the problem again later. Until then, the rock remained the domain of resting seabirds.

Ten years later, in 1984, the battle for Hans took on a new dimension. The Danish minister for Greenland went to the island and set up a Danish flag, accompanied by a bottle of Aquavit (a strong Danish drink) and a note: ‘Welcome to the Danish island’. It didn’t take long before Canadian soldiers also landed and left a Canadian flag with a bottle of Canadian whiskey behind.

Those visits by Danish and Canadian politicians and military personnel continued for several decades. Both countries also bought ads on Google to bombard each other’s citizens with the message that Hans was (not) theirs, the Guardian newspaper reported.

In 2005, the two countries, both members of NATO and thus allies, decided that enough with the flag and whiskey war. Formal talks and negotiations took place. That resulted in a formal agreement today: Canada and Denmark will each get half of the island.

Both sides have also won.

Canadian minister Dan Vandal is pleased with the outcome. “The most important thing is that there is an agreement. That is very positive given the current situation in the world.” According to the Canadians and the Danes, the deal shows that border conflicts can also be resolved without violence. “And both sides have won,” said Danish Foreign Minister Jeppe Kofod.

Due to the splitting up of the island of Hans, Canada and Denmark now suddenly share a land border with each other. “Does that also mean that Canada can now participate in the Eurovision Song Contest?” Canadian politician Heather McPherson jokes to CTV News.