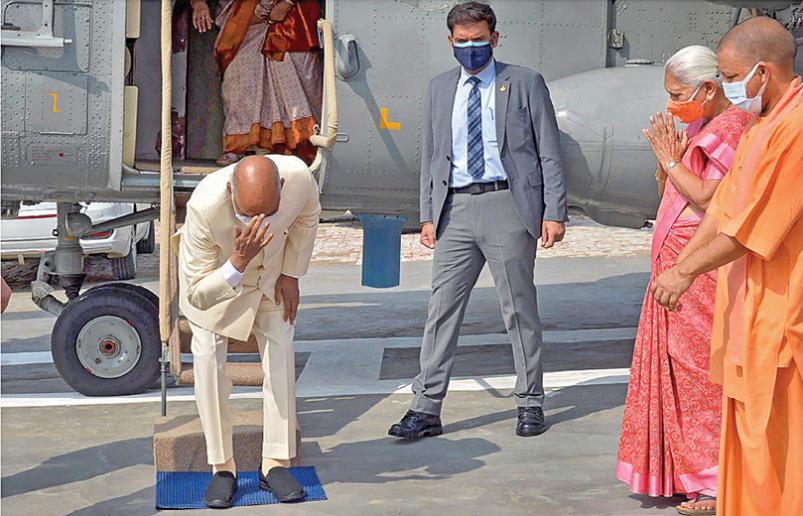 Moved to his home village in UP President Ramnath Govind, touching the soil of birth and worshiping made everyone flexible.

Uttar Pradesh is the hometown of President Ramnath Govind Kanpur Dehat In the district Paraung village Is. Meanwhile, he, who was planning a three-day tour of UP, took a special train from Delhi last Friday with his wife Savita Devi.

This is the first time a president has traveled by train in 15 years, after former President Abdul Kalam. in this situation, Kanpur Dehat Ramnath Govind, who reached the district by train yesterday, went to Paravung village by helicopter from there. He touched his native soil and bowed in emotion as he disembarked from the helicopter. Following this, the U.P. He was received by Chief Minister Yogi Adityanath and Governor Anandiben Patel. Following this, he spoke at an event organized there:

Wherever I am in the world, the smell of my village and the people here will remain in my memory. For me, there is no village in Paravung. It is my motherland. It was from here that I got the inspiration to serve the people. I never dreamed that an ordinary man in an ordinary village would take on the greatest responsibility in India. It is our democracy that has done this. Thus he spoke.