Borrell condemned the seizure of government buildings in Brazil 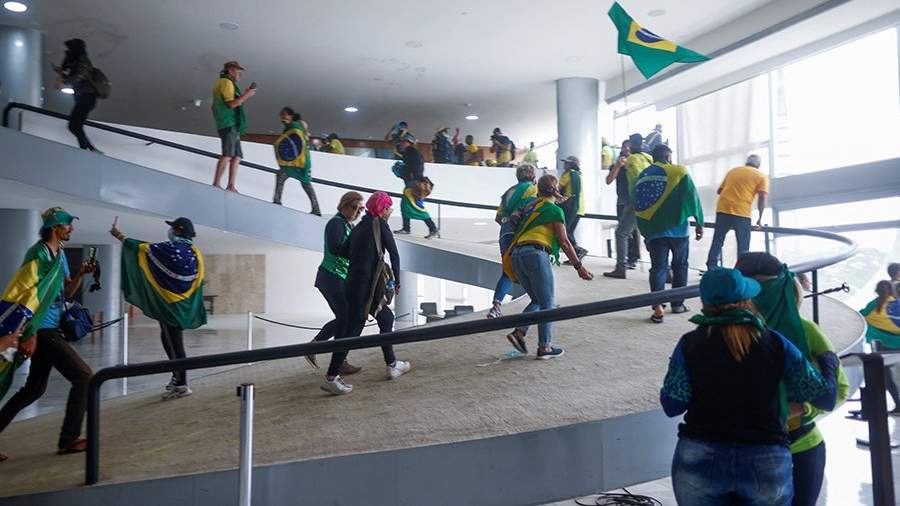 The head of EU diplomacy, Josep Borrell, called the seizure of government buildings in Brazil an “illegal occupation” and supported President Lulu da Silva. He stated this on Sunday, January 8, in his Twitter account.

“Shocked by the acts of violence and the illegal occupation of the government quarter in Brazil by violent extremists. Full support for President Lula da Silva and his government,” Borrell wrote.

The protests were also condemned by the head of the European Council, Charles Michel. He also expressed his full support for the country’s elected president, Luis Inacio Lula da Silva.

“My absolute condemnation of the attack on democratic institutions in Brazil. Full support for President da Silva, legally elected by millions of Brazilians through free and fair elections,” Michel tweeted.

Mass protests by supporters of former head of state Jair Bolsonaro are currently taking place in the capital of Brazil. It was assumed that the demonstrations would be peaceful. However, the protests turned into a massive seizure of government buildings. The protesters demand the resignation of President Lula da Silva.

Earlier in the day, it was reported that supporters of former Brazilian President Jair Bolsonaro clashed with police and broke into the state parliament building in the country’s capital.

There was also information that the protesters began to smash the Parliament of Brazil. In addition, videos of alleged acts of vandalism in the presidential palace in the capital are published on the Web.

Brazilian President Lula da Silva was evacuated to a safe area away from the central part of the state capital.

On January 1, Luiz Inacio Lula da Silva took the oath of office and became President of Brazil for the third time. He won the October 31 elections by 1.8% over his predecessor, Jair Bolsonaro. da Silva’s mandate is four years.