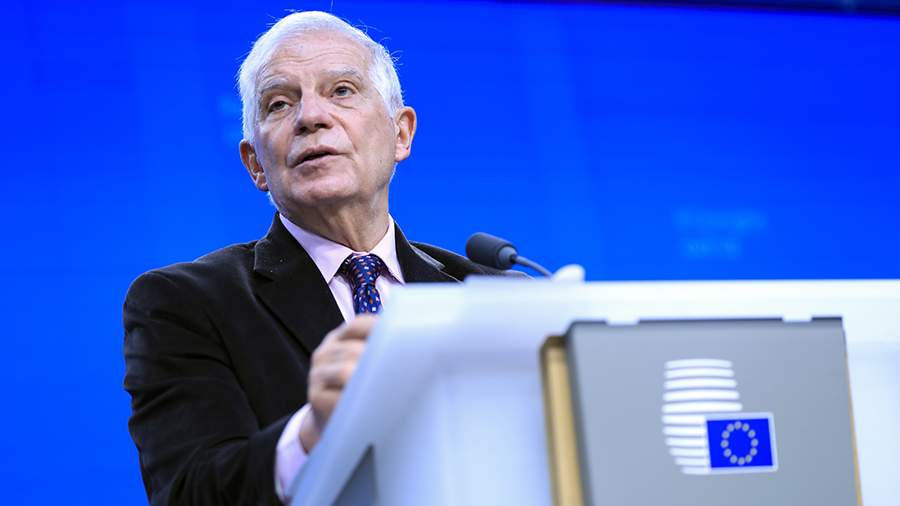 Serbia should follow the line of the European Union (EU) in matters of policy towards Russia. This was pointed out by the head of European diplomacy, Josep Borrell, during a meeting with First Deputy Prime Minister, Foreign Minister of Serbia Ivica Dacic on Tuesday, January 24.

“Borrell emphasized the increased importance of agreeing on a common policy with the EU towards Russia and its actions in Ukraine. He stressed the EU’s strong expectations for Serbia as a candidate country, which should support the EU in its foreign policy positions and decisions in line with its strategic choice of EU integration,” reads a statement posted on the EU website after the meeting.

Regarding the dialogue between Belgrade and Pristina, Borrell spoke about the need to overcome the crisis and expressed hope for Serbia’s constructive participation in the recent EU proposal to normalize relations.

A day earlier, Serbian President Aleksandar Vucic stressed that Serbia, due to the conflict in Ukraine, was under attack from the West, which threatens the country with stopping European integration, stopping investments and sanctions.

At the same time, the Serbian leader admitted his readiness to leave the post of head of the country if this would help save the country. Answering a question from journalists about his readiness to leave the presidency, Vucic said that he knows what his duty is, therefore, “if there is a need to somehow save the state and win some time,” he would not hesitate to make this decision. .

Commenting on this statement, the chairman of the Russian Party in Serbia, Slobodan Nikolic, expressed the opinion that Vucic could talk about resignation because the West insists that Belgrade recognize the independence of Kosovo. According to him, at the talks on Kosovo, the collective West, represented by representatives of the United States, France, Germany, Great Britain and Italy, actually put forward an ultimatum to Vučić.

Balkanist Oleg Bondarenko also tried to explain the words of the Serbian president in a conversation with Izvestia. In his opinion, Vučić’s words meant that he would rather resign than join the anti-Russian sanctions.

Prior to that, on January 18, Vučić pointed to the West’s inability to accept views that differ from its own. According to him, Western countries share only the position that implies support for anti-Russian sanctions and the independence of the self-proclaimed Republic of Kosovo.

In 2008, the Kosovo Albanian structures in Pristina declared independence from Serbia. According to the Serbian constitution, the territory of the unrecognized state is an autonomous province of Kosovo and Metohija within the country. The Republic of Kosovo is not recognized by dozens of countries, including Russia.

The next aggravation of the conflict between Serbia and Kosovo began in the summer of 2022, after the Kosovo-Albanian authorities demanded that Serbs living in the northern part of Kosovo and Metohija re-register Serbian car numbers and personal documents.