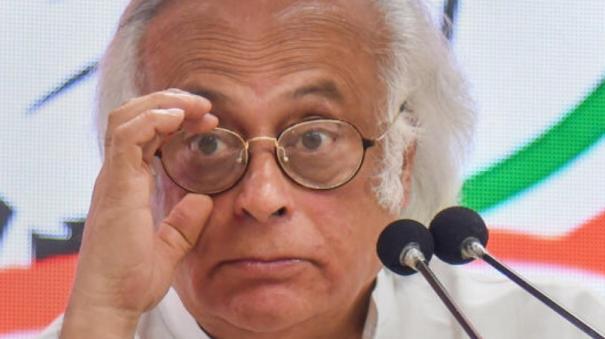 Kerala: Senior Congress leader Jairam Ramesh said that both types of people are leaving the Congress.

Speaking to reporters in Kerala, he said, “Only two types of people leave the Congress, those who have been given everything by the Congress party and those who face the crisis of investigative bodies. The best example of the first type is Ghulam Nabi Azad. The Congress gave him the titles of Youth Congress President, Divisional Congress Committee President, General Secretary and Union Cabinet Minister.

A good example of the second category is Himanta Biswa Sharma, currently the Chief Minister of Assam. When he was in the Congress, the BJP used to make allegations against him on a daily basis. The BJP stopped blaming him after he defected from the Congress. And it has made him the prime minister,” he criticized.

Responding to a question about eight Congress MLAs defecting to the BJP in Goa, Jairam Ramesh said, “Congress should not have made them MLAs. They who are accused of being the biggest corrupt people will be washed out of BJP’s washing machine and will become innocent,” he said.

The India Unity Yatra, started by former Congress President Rahul Gandhi, is currently underway in Kerala. From Kanyakumari to Kashmir he is planning to make a continuous journey and is undertaking this journey. Commenting on this trip, Himanta Biswa Sharma criticized that Rahul Gandhi should make this trip to Pakistan because India is already united.