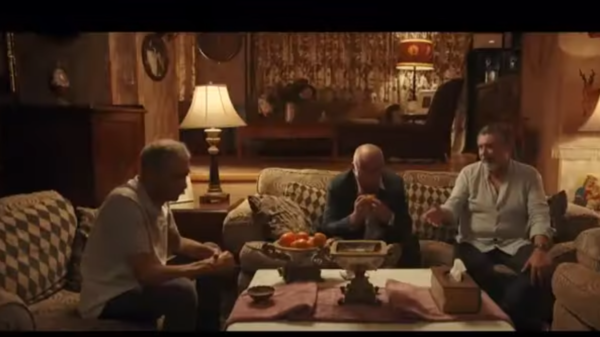 The box office continued its rapid return in Saudi Arabia in 2021, with revenues totaling $238 million for this year, an increase of 95% compared to 2020 revenues of $122 million, according to “ComScore” and reviewed by “Al Arabiya.net”.

Saudi Arabia has consolidated its position as the best market for cinemas in West Asia in terms of total box office revenues, surpassing the UAE, which achieved a box office of 130 million dollars for the year 2021.

The Egyptian comedy film, “A Men’s Stand”, won the top spot, having raised more than $15 million, and was the highest-grossing movie in theaters since January 2018.

Among the Egyptian comedy film, “Not Me”, was ranked among the five highest-grossing films for 2021 in Saudi cinemas, while “Mama is pregnant” came in tenth place, having collected $5.9 million.

This huge growth in box office revenues in Saudi Arabia coincides with the doubling of the number of cinemas, as the number of multi-screen cinemas increased from 33 theaters at the beginning of 2021 to 53 by December 2021.

Saudi Arabia aims to increase the number of cinema screens from 430 screens, which was revealed by an official from the Saudi Ministry of Investment, Bahaa Abdul Majeed, during the Red Sea Film Festival in Jeddah, to reach 2,600 screens by 2030.

Accordingly, the consulting firm, PricewaterhouseCoopers, expects Saudi Arabia to become a billion-dollar market for films in the next few years.