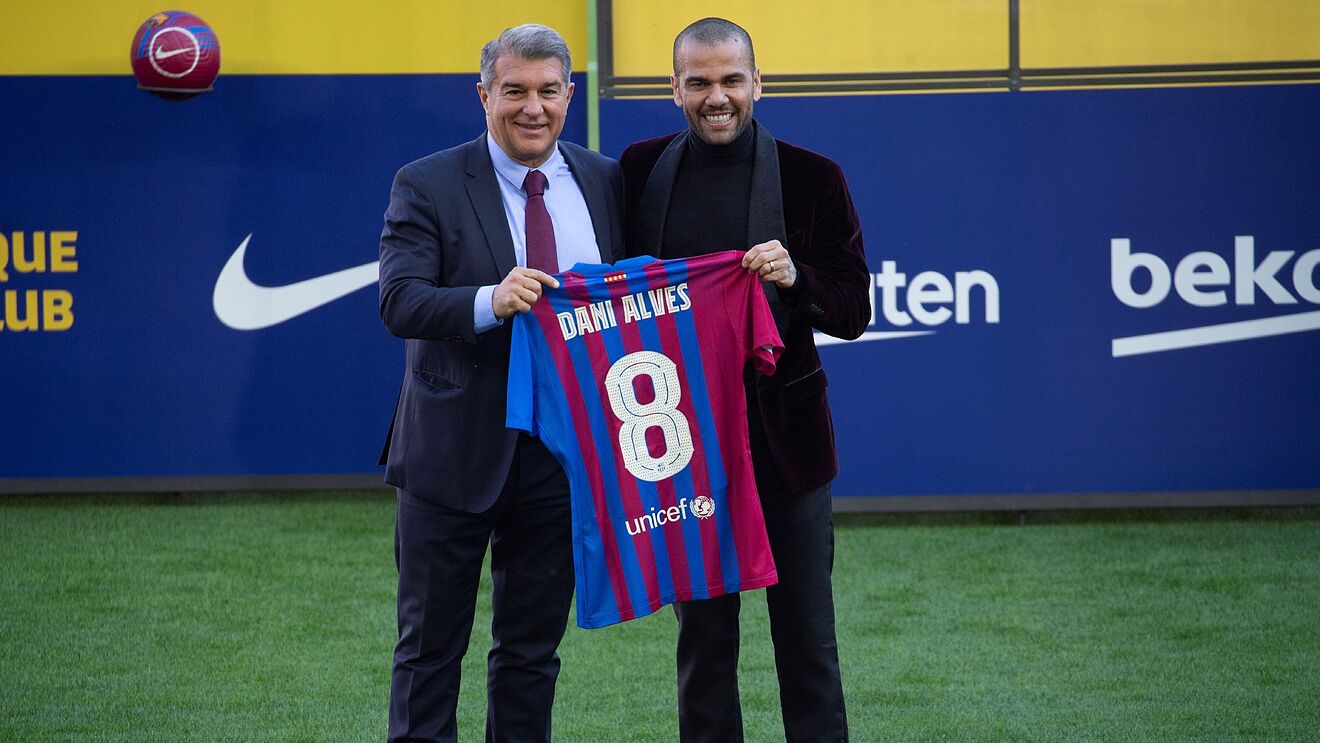 The Spanish football club Barcelona announced yesterday evening that tests revealed that defenders Dani Alves and Clement Lenglet had been infected with the new Corona virus.

Although the Spanish League is now in the middle of the winter break, teams’ training is going on as usual. None of the players will attend the team’s training today, but will be subject to isolation in their homes, according to what Barcelona confirmed in a statement. Alves had returned to Barcelona on a free transfer last November, after he left Sao Paulo, Brazil, in September, following a contract dispute.

It should be noted that Alves, 38, who played 391 games during his first period with Barcelona, ​​which was full of achievements, cannot be officially registered with the Catalan team before the start of the winter transfer market next January. As for Longlet, he participated in 13 matches in all competitions with Barcelona this season.