Brazilian Camacho: I will encourage Al-Ahly against Al-Shabab so that it does not go down 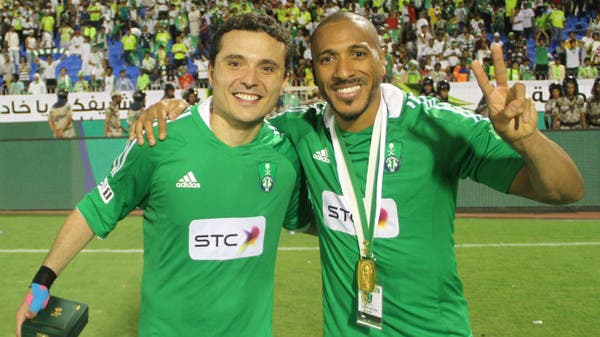 The Brazilian Marcelo Camacho, the former Saudi Al-Ahly and Al-Shabab player, confirmed that he does not wish the western team to be relegated to the first division, adding that poor planning was a factor in his arrival to the lower positions.

Al-Ahly faces the risk of relegation to the first division, as it is in the fourteenth place, a point behind the remaining centers, after losing in the penultimate round of Al-Raed by three goals without a response.

Camacho revealed in statements to “Al Arabiya.net” that one of the reasons for the absence of the Al-Ahly team from the podiums for several years is due to poor planning because it is one of the most important things that contribute to the success of the clubs.

Camacho added about the competition for the league championship, saying that Al Hilal “was far from Al Ittihad by a large point, and I do not think that it will abandon the championship.”

Camacho concluded that the Saudi League has become very attractive to watch, not only because of the large number of foreigners, but also because the emerging teams have become strong, in addition to the Saudi players are now fighting to secure their positions.